ORANGE COUNTY, Fla. (WOFL FOX 35) - The Orange County Sheriff’s office is investigating after they say a pregnant woman lost her baby after she was shot on Saturday night.

Deputies say they were called to an apartment complex off Silver Star Road at around 11:20 p.m.

“All of a sudden we go, ‘Pow–pow–pow–pow–pow.’ It sounds like at least six shots,” said Delrita Salmon, who lives in the same complex.

Investigators say when they arrived on scene, they found a woman who was around seven months pregnant and a man who had been shot.

Investigators say the baby didn't survive due to the woman’s injuries. The man and woman, both 29, are in stable condition.

“I feel bad for her because I’m sure she made a lot of plans waiting for this new life to come into the world, and now she doesn’t have a life she’s carrying anymore. That’s really hurtful to her,” Salmon said about the victim.

The sheriff’s office has not said what led up to the shooting, or whether any suspects have been located. They do not believe this shooting was a random act.

Deputies have also said that before the shooting on Saturday, they were called to the same apartment complex for something else. A man was reportedly arrested for trying to rob another man at a barbecue. Investigators say the cases are not related. 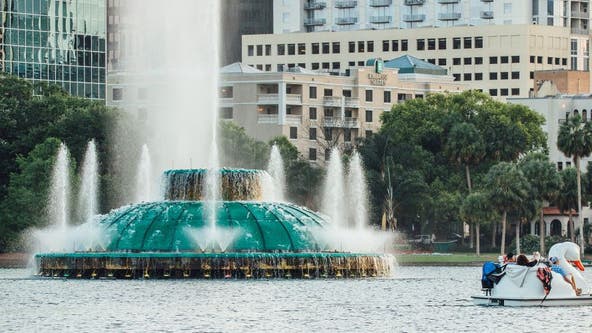