Commissioners with the Canaveral Port Authority on Wednesday ripped off the band-aid and are predicting a $43 million loss for this year, as well as the strong possibility that cruises will not start for another six months.

Commissioners with the Canaveral Port Authority on Wednesday ripped off the band-aid and are predicting a $43 million loss for this year, as well as the strong possibility that cruises will not start for another six months.

"You know, we thought we were being very conservative in our budgeting last August when we put January as the start and people were looking at us like, why, are you nuts? Why January? That is so far into the future. Here we are in January kicking it into July, so who would have ever expected that?" asked Captain John Murray, the Port Canaveral chief executive officer.

Murray said the budget was reduced by about $24 million this year.

"I don’t think that anything is definite right now. That is the message. The only thing that we can do is do our own individual parts to try and control the pandemic," Murray said, referencing guidelines by the Centers for Disease Control and Prevention.  "Masks, social distancing, everything that they have advised we have tried to embrace here at the port for one reason: that those are the same guys that are going to get our cruise business back online," 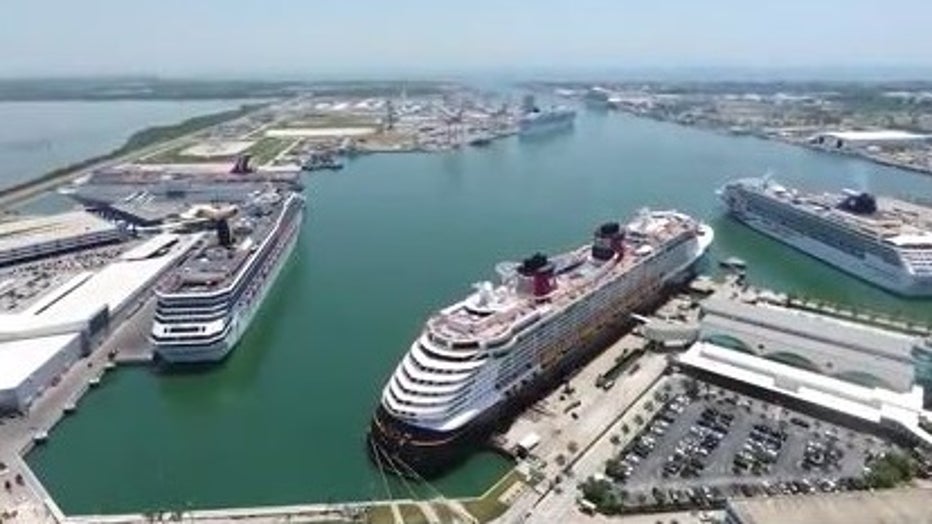 Murray said conservative spending the past four years will help cover their losses from 2020 and 2021.

"It is not going to be easy and that is one reason why we predicted it is definitely going to start like a dimmer and not a light switch," Murray added.

An important part of getting back on the water will be the availability of the COVID-19 vaccine, something they say will help restore confidence to the public.