The Apopka community is showing up for a firefighter in need in a big way. Porkie’s Original Barbeque held a fundraiser for Austin Duran, injured last week in an accident at the station.

APOPKA, Fla. - The Apopka community is showing up for a firefighter in need in a big way. Porkie’s Original Barbeque held a fundraiser for Austin Duran, injured last week in an accident at the station. So many people showed up that they ran out of food – something that has never happened before, the owner said.

Duran’s parents came by to thank the community for their support. They were visibly moved by the number of people packing into the restaurant. They tell FOX 35 News that their son opened his eyes for the first time today. They said this is a huge step forward in his recovery.

"There’s been so much support from the community it’s really overwhelming for us as firefighters," said President of the Apopka Fire Union Alex Klepper.

That support shows up in a line out the door and by cars wrapping around the building.

"Our job is to go out there always. If you need help, to give help and then the fact that it’s so readily given back to us is really heartwarming," said Klepper.

The restaurant is just a stone’s throw from the Apopka Fire Department front doors. In their 19 years of business, they’ve served many who have put themselves on the line for the city. 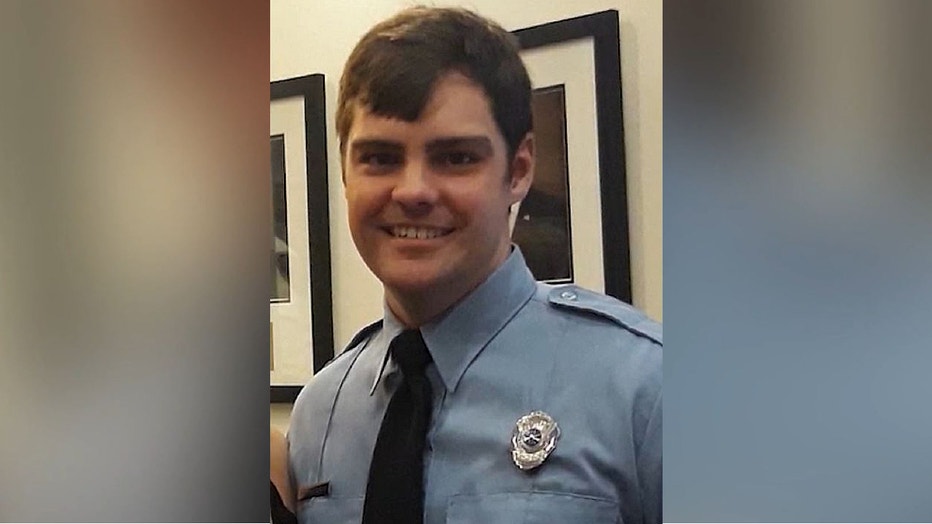 Porkie’s Original Barbeque in Apopka held a fundraiser for Apopka firefighter Austin Duran, injured last week in an accident at the station.

"They’re just part of the family around here," said Porkie’s Owner Steve White. "I work with a bunch of them. A lot of them retired and moved on and then there’s a new crew. We just have an ongoing relationship. They take care of us, we take care of them."

On June 30, officials said Duran was trying to move a sand trailer when it tipped, and it fell on top of him. A GoFundMe page set up in his name states he suffered a shattered vertebra, a punctured lung, and fractures to his leg, arm, and six of his ribs.

"It’s going to be a long road but if we can get him off the ventilator and up that’s a day we can celebrate comfortably," said Klepper.

Duran’s been receiving immense support from his brothers and sisters at Apopka Fire who visit him every day. Even numerous other fire and police departments came out to Porkie’s to show their support.

"The community came out. It was really good. I just hope he knows how much we think of him," said White.

The fire Union believes that Austin is through all the major surgeries, but he still has a long way to go before rejoining the force.