Sheriff Judd: ‘He’s deceased because of his bad choice’

WINTER HAVEN, Fla. - Polk County sheriff's deputies shot and killed a man who they say charged at them with a machete in unincorporated Frostproof last night.

Deputies responded to a home on Freedom Drive just before 7 p.m. Wednesday for a domestic disturbance call.

Sheriff Grady Judd said the sister of 28-year-old Yoel Santel called 911, saying her brother was paranoid and likely schizophrenic. She said he had taken her cellphone and broke the screen, then began fighting her physically.

The sister told investigators that her brother told her if she calls the cops, they'd have to shoot him because he'll have a machete.

When deputies arrived, they found Santel standing in the doorway with his right hand hidden behind the door frame. Judd said he refused to show his hands and ran into the apartment, where he armed himself with a machete and retreated to a bathroom.

When deputies followed, they smelled a strong odor of gasoline inside as they ordered Santel to come out of the bathroom.

Instead, he told deputies as he held a red lighter, "Did you smell that gas? I poured gas everywhere."

Deputies spoke with Santel for over 45 minutes in an attempt to de-escalate the situation. Judd said they could not use a taser because of the gasoline, fearing it could start a fire. 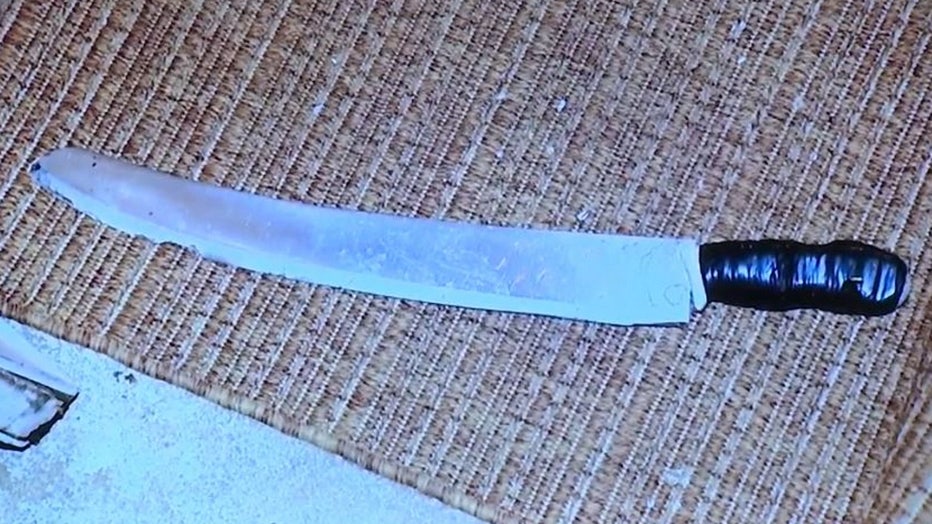 Each of the three deputies opened fire, shooting Santel a total of 18 times.

"Let's be abundantly clear, none of my deputies are going to stand by and let someone like that run a machete through them," Judd said.

The deputies then tried to apply pressure bandages to his wounds and performed CPR, but Santel died at the scene.

"He's deceased because of his bad choice," Judd said. "We didn't make the choice to shoot Yoel, he made the choice for us to shoot him. We did everything possible last night to avoid that outcome, but he forced the situation."

"None of my deputies are going to stand by and let someone like that run a machete through them."

Santel had been staying at his sister's residence since May, when he had been released from the Florida state prison.

During a search of Santel's bedroom, investigators found a glass pipe with white residue, which tested positive for meth. 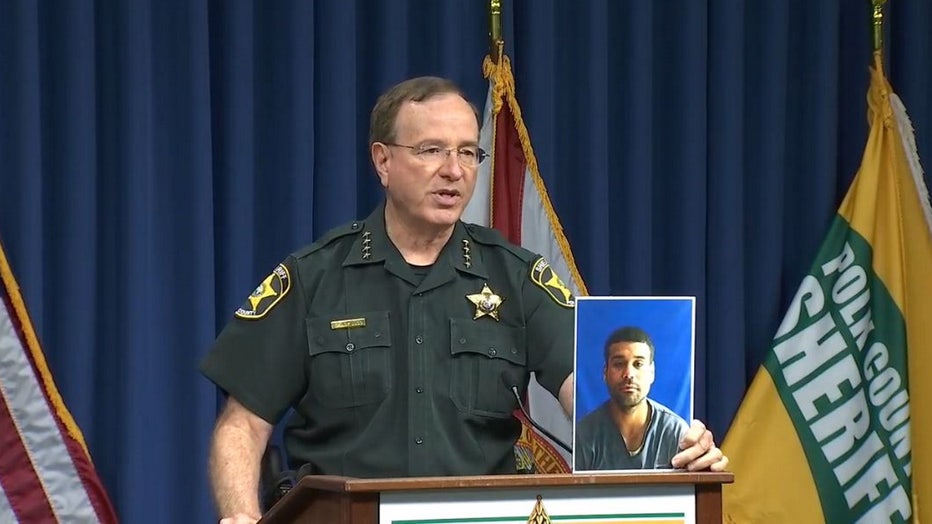 Judd said the sheriff's office later learned Santel had been Baker Acted in 2013 and 2014 for trying to cut his wrists, and had been threatening his sister for two weeks.

The sister told deputies he had kept a water bottle filled with gasoline in his room and threatened to blow himself up. He also apparently threatened to kill himself by running at law enforcement with a machete.

"He was committing a criminal act, he was irrational, he had anger management issues, he had mental health issues, and he had drug issues," Judd said. "That's a cocktail for a very bad situation."

All three deputies involved in the shooting will be on administrative leave with pay during the initial phase of the investigation.