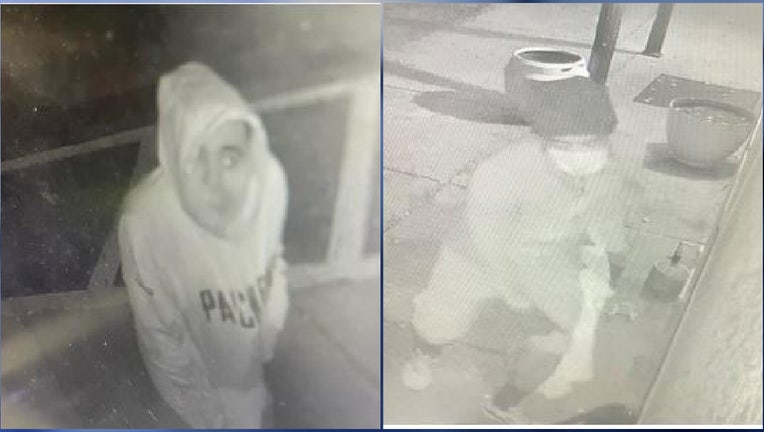 Police are seeking the identity of two people after The Salvation Army in Kissimmee was broken into on Christmas Eve. (Photos via Kissimmee Police Department)

Police are asking for the public's help in identifying two people after The Salvation Army in Kissimmee was broken into on Christmas Eve.

In a Facebook post Wednesday, the Osceola County Sheriff's Office said hundreds of dollars were stolen in addition to groceries and other items.

"It takes a special kind of evil to do something against community partners who work tirelessly to serve the poor. We are on the lookout for the people behind this act," the post stated.

Sheriff Marco Lopez and staff members of the sheriff's office visited the Salvation Army's Osceola Christian Ministry Center on Union Street, where the burglary happened, to give a donation to help the center buy groceries for the community members it serves.

Anyone who recognizes the two seen in surveillance photos is asked to call the Kissimmee Police Department at 407-836-3333.