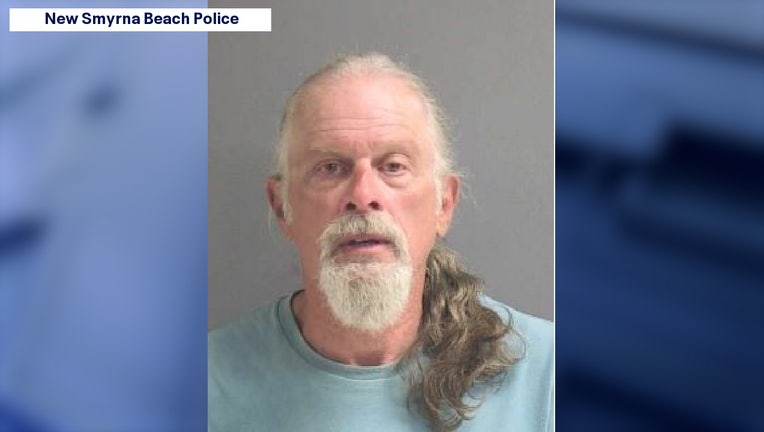 NEW SMYRNA BEACH, Fla. - A Florida man is potentially facing battery charges after he pulled out a pocket knife and attempted to cut another man after the two got into an argument over a parking spot Tuesday outside a Walmart store, according to the New Smyrna Beach Police Department.

According to the arrest report, a man was waiting in his vehicle to pull into a parking spot when Michael J. Brown, 67, pulled next to his vehicle on a motorcycle and told him he was "not allowed to park there because he was in his way."

After the man parked in the spot, Brown allegedly followed the man, his wife, and another family member into the Walmart and began to yell at them, the report said. The two men appeared to exchange words inside the store, police said.

Brown then allegedly pulled out a pocket knife and began to swing it towards the man's neck, the victims told police, according to the report. One of the man's fingers was cut, the report said. Brown then dropped the knife, picked it up, and walked out of the store.

The man followed Brown out of the store and began to record him and his motorcycle license plate. He then contacted police and Walmart security, according to the report.

According to Volusia County Sheriff's Office, who assisted in the investigation, Brown was convicted of murdering a woman in 1973 – Vivian Oyler, 77, and founder of the Southeast Volusia Humane Society – and sentenced to life. He became eligible for parole after 25 years and was released from prison in 2010.

Brown was located at his house, did not talk to deputies, and requested a lawyer. He was booked into jail under suspicion of aggravated battery and aggravated battery with a deadly weapon. He was held on a $7500 bond – paid 10% or $750 – and was released the same day.

"Here we are all these years later and what happens? A fight over a parking spot almost cost somebody their lives with this predator," said Volusia County Sheriff Michael J. Chitwood. "And I’m probably giving animals a bad name by calling him an animal."

Sheriff Chitwood questioned the low bond and said he believes laws need to change when it comes to setting bond for people convicted of violent crimes.

"This could have very easily been another murder," he said. "And,so what, he’s out of jail so we’ll give him $7,500 bond, for $750 he walks out the door and breathing fresh air again?"