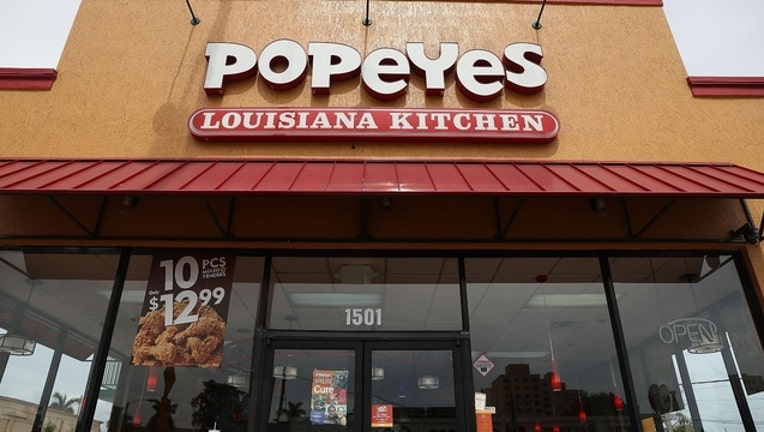 A Popeyes restaurant is seen on February 21, 2017, in Miami, Florida. (Photo by Joe Raedle/Getty Images)

NEW ORLEANS (AP) - New Orleans police say a man entered a fast-food restaurant and tried to swipe some cash but couldn't open the register so he made off with some fried chicken instead.

NOLA.com/The Times-Picayune reports the man entered the Popeyes in eastern New Orleans on Monday morning and tried to steal money from the register. But police say the register wouldn't budge so he grabbed some fried chicken and fled.

Magistrate Judge Brigid Collins set his bond at $13,500. It was unknown if he's represented by an attorney who could comment on his case.