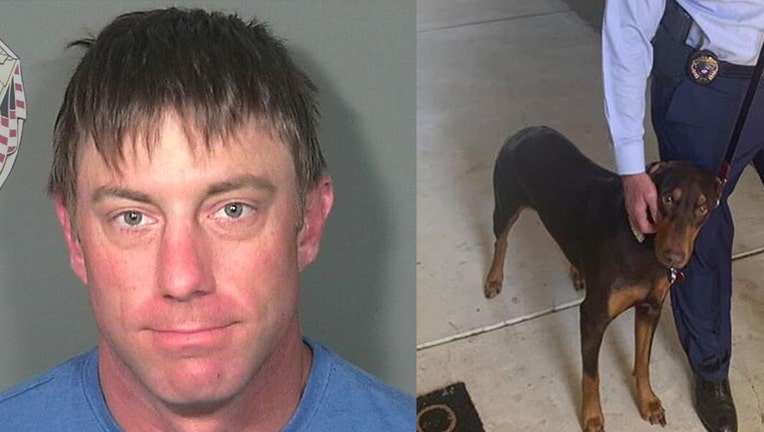 Shane Michael Mitchell stole the dog, Rubyjean, and choked her on Sunday after arguing with his estranged girlfriend, Slidell police said in a news release. They sent undercover investigators to surveil and arrest him after reviewing the video.

“I was sick to my stomach watching that video,” Slidell Police Chief Randy Fandal said Tuesday. How someone can “hurt a defenseless animal is beyond me.”

Police have charged a man in Louisiana with animal cruelty after they said he choked his ex-girlfriend’s dog. The incident was captured by a Ring doorbell camera.

Investigators found Mitchell in a Slidell apartment building after he refused to cooperate with authorities, and recovered the dog, which was returned to its owner, police said. Mitchell, 30, was booked into jail on animal cruelty charges.

It was not immediately clear if he had a lawyer to comment on his behalf.

“I had the opportunity to meet Rubyjean this afternoon, and she was as sweet and well-mannered as could be,” Fandal said Tuesday. “We are glad this had a happy ending for both the dog and her owner.”