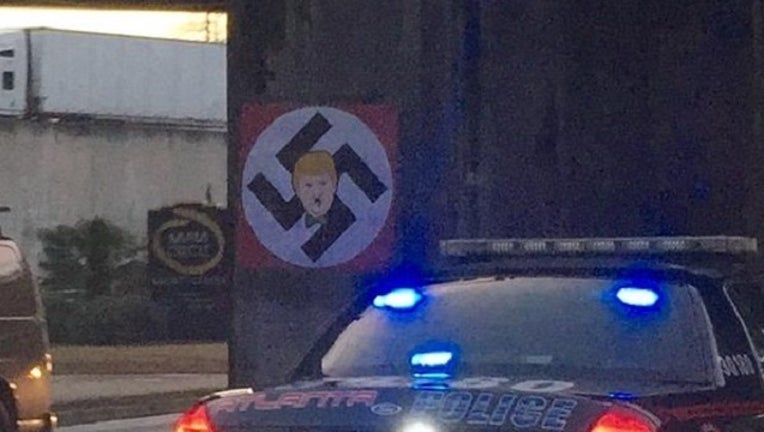 ATLANTA - Someone has made their feelings about Donald Trump very clear.

Wednesday morning, more than one sign showing a Swastika with the GOP presidential candidate's face on it was seen in Atlanta. FOX 5 News arrived at one location as police were tearing a sign down. Officers told us an investigation is now underway.

One of the signs was plastered on the pillar of an overpass near Monroe and Piedmont. A second one was reported along the Buford Highway Connector.