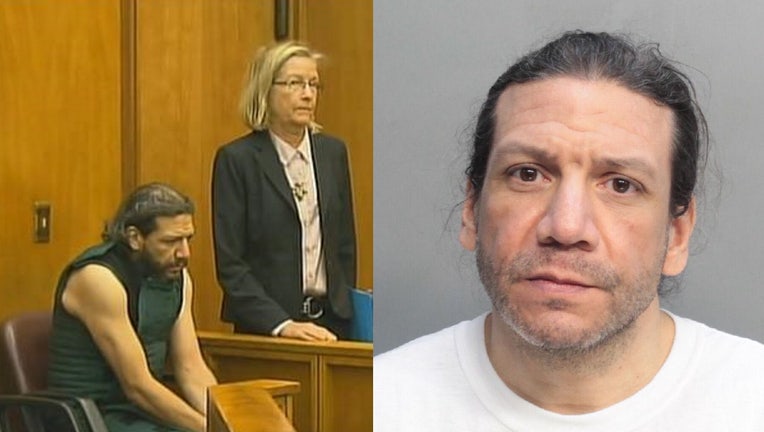 MIAMI - Five South Florida inmates beat up an accused child killer as he slept because "of the nature of his pending charges," authorities said in a police report.

All five have been charged with battery by a detainee for the March 1 attack on Jorge Barahona at the Miami-Dade County jail. Barahona, 53, suffered bruises on his face, a nosebleed and a small cut on his nose, the Miami Herald reported.

Barahona is accused of killing his adopted 10-year-old daughter Nubia Barahona in February 2011, after investigators said he tortured her and her twin brother Victor for months. The child's body was found on Valentine's Day 2011, soaked with chemicals in the back of her father's truck along an interstate in Palm Beach County.

His wife, Carmen Barahona, 69, pleaded guilty to first-degree murder and aggravated child abuse charges last year and is expected to testify against Barahona. He faces the death penalty if convicted at trial.

The case roiled the state Department of Children & Families because despite numerous complaints about abuse of the twins, little was done to protect them. Eventually, the state paid Victor Barahona a $5 million settlement.

The twins had originally been placed in the Barahona home under foster care, then were adopted by the couple.

RELATED: Woman’s DNA test reveals her biological father is wanted by the FBI for murder of wife, children

Barahona's trial was scheduled for last April, but was postponed by the coronavirus pandemic. It has yet to be rescheduled. He was granted a new defense attorney after it was revealed his previous lawyer is under investigation over discrepancies with his legal billing, the newspaper reported.

The jail attack on Barahona was not caught on surveillance video because the inmates tampered with the camera, according to a police report. The inmates charged in the attack ranged in age from 20 to 29.