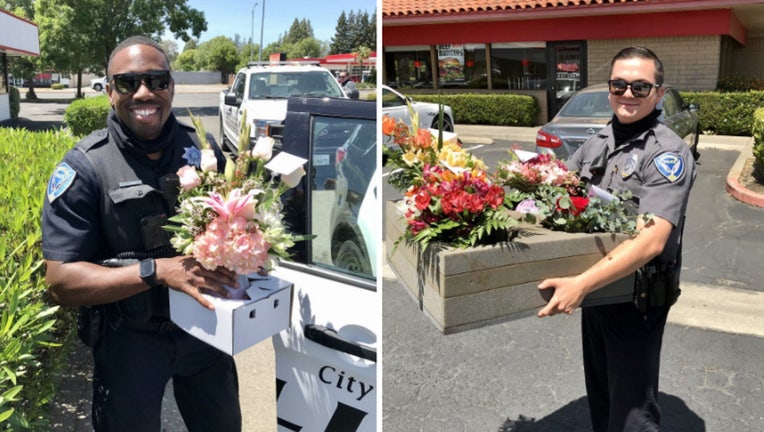 FAIRFIELD, Calif. - Police in California went above and beyond the call of duty on Mother's Day after arresting a flower delivery driver.

Fairfield police said they responded to a car crash on Sunday that involved a flower delivery driver suspected of driving under the influence.

Officers ended up arresting the driver for DUI -- but realized there were still a number of floral arrangements that were still in the back of the vehicle.

Police said they decided to finish the remaining flower deliveries themselves.

"Hopefully we get the flowers to their destinations on time," the agency tweeted, wishing everyone a Happy Mother's Day.