Arlington's police chief says he does not believe bullying played any role in this month's school shooting at Mansfield ISD’s Timberview High School. He said the suspected shooter was involved in "high-risk activity" leading up to the fight.

Shortly after the shooting, which injured two students and a teacher, Timothy Simpkins' family said he'd been the target of bullying. They said that's what led to a classroom fight and ended with the shooting.

The family of the injured student involved in the fight denied the boy had bullied Simpkins. 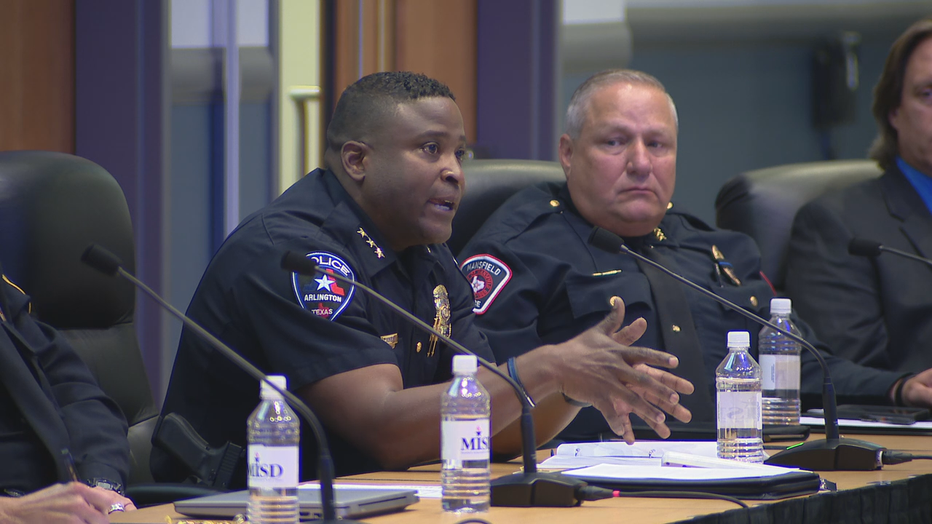 The police chief said Simpkins participated in "high-risk activity" leading up to the fight. That announcement was made at a town hall meeting held by Mansfield ISD.

Arlington Police Chief Al Jones said the only evidence of bullying he’s seen so far is a statement from Simpkins’ family. He believes the shooting stemmed from some sort of disagreement between the suspect and the victim.

"This was not a bullying incident. I just want to take that narrative out of the equation," the chief said. "Mr. Simpkins is involved in high-risk activity, and that high-risk activity led to the disagreement within the community."

Chief Jones' statement was a total rebuke of statements made from the Simpkins’ family, but he did not go any further in explaining what type of 'high risk' behavior Simpkins was allegedly involved in.

The alleged gunman’s family says they are not justifying him bringing a gun but hope the investigation will reveal more about the circumstances.

The chief would only say Simpkins and Selby had some sort of "disagreement" outside of school that bled into the classroom, leading to a fight and, ultimately, the shooting.

Chief Jones also said he didn’t believe Simpkins intended to come into the school and shoot multiple students and teachers.

"I don’t think this incident was an actual school shooting or active shooter," he said.

Jones said the aggravated assault charges against Simpkins are appropriate.

"We wanted to charge him with the most severe charge we could," he said. 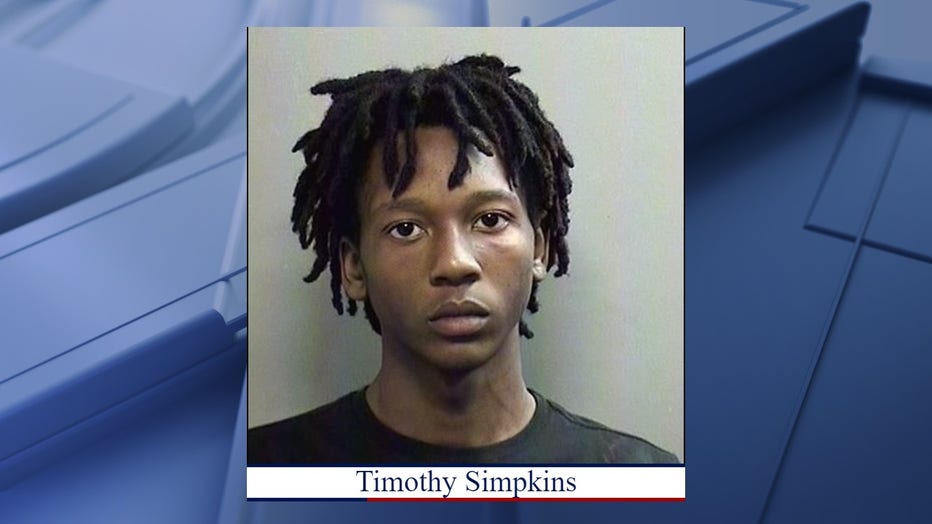 The announcement came Thursday at a town hall meeting to address school safety at Mansfield ISD.

"Some of our kids, some were scared. Some of them, it was just another day," said parent Christina Fuentes.

The district’s official safety protocol allows for one officer on elementary campuses and two on middle and high school campuses. But some parents said they’ve come to campus and haven’t seen officers.

There was some talk of installing metal detectors on campuses.

Police say Simpkins was able to come to school with a gun in his backpack. But not every parent agrees that metal detectors are the direction to go.

"That’s a lot of money to have 40-something doors manned," said parent Van Della Menifee. "I believe a simple way to start is clear backpacks.

Mansfield ISD Police Chief Greg Minter says since last week extra police have been assigned to school campuses. A staff member now monitors surveillance cameras in real-time, and there are random checks in classrooms with K-9s.

"The K-9s are going into the classroom after the students are asked to go into the hallway," he said. "The K-9s search by smell."

Ultimately, the district will consider what was talked about in Thursday’s meeting and hold further discussions.