A motorcyclist who led authorities on a police chase Friday morning across LA and Orange County Freeways reached speeds upwards of 150 mph.

LOS ANGELES - A suspect riding a stolen motorcycle was taken into custody after leading authorities on a pursuit from Los Angeles County to Orange County, officials said.

The two-county pursuit began around 9:20 a.m. after the motorcyclist failed to yield in the West Los Angeles area, the California Highway Patrol said. 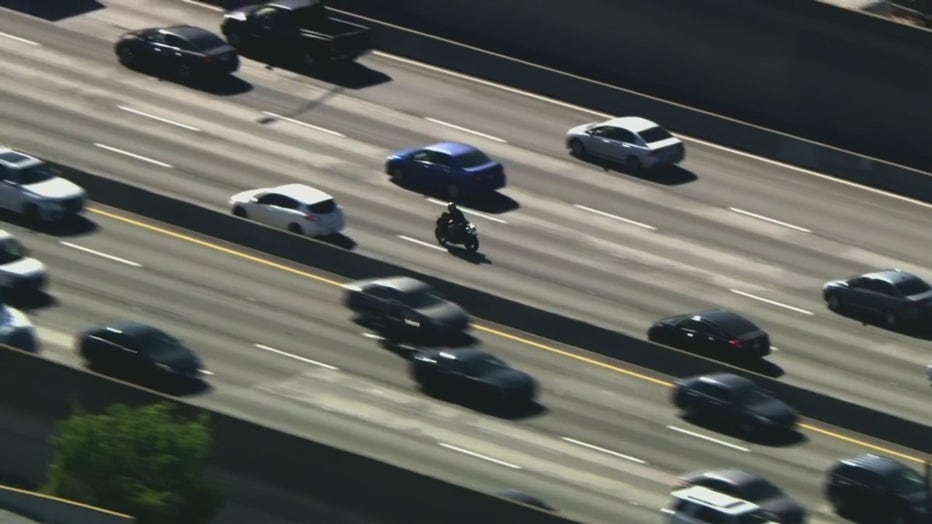 Officials say the motorcyclist was reaching speeds of up to 100 mph while on the 10 Freeway.

The high-speed pursuit continued on the southbound lanes of the 5 Freeway in the Santa Fe Springs area, where the suspect reached speeds of nearly 125 mph. 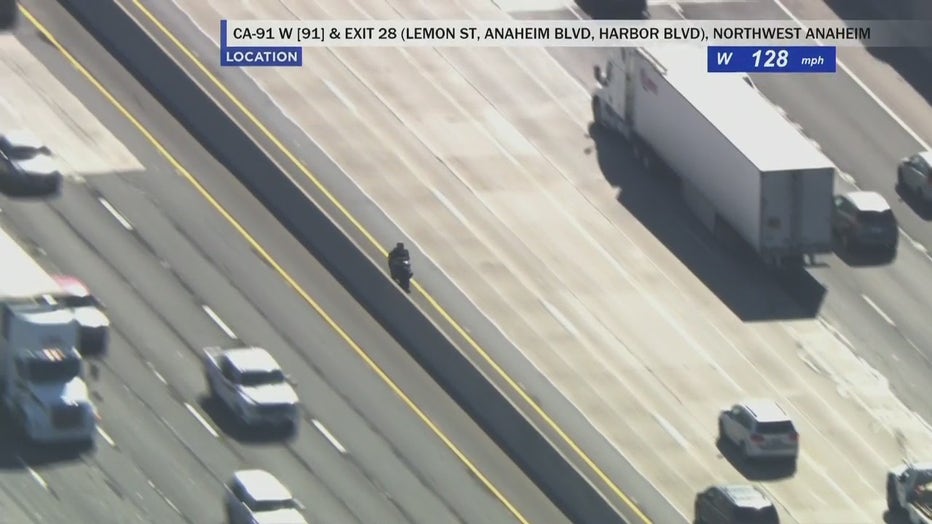 A motorcyclist who led authorities on a pursuit Friday morning reached speeds of 128 mph on the WB 91 Freeway in northwest Anaheim. (SkyFOX)

The suspect led authorities from Los Angeles County to Orange County on the 91 Freeway in the Buena Park area.

A short time later, the suspect merged onto the southbound 57 Freeway, as the pursuit continued in Anaheim.

The pursuit continued on the 22 Freeway before the suspect led the CHP to the 55 Freeway.

After getting off the 55 Freeway, the suspect stopped to refuel at a gas station on Chapman Avenue in the city of Orange where he was taken into custody by CHP officers. 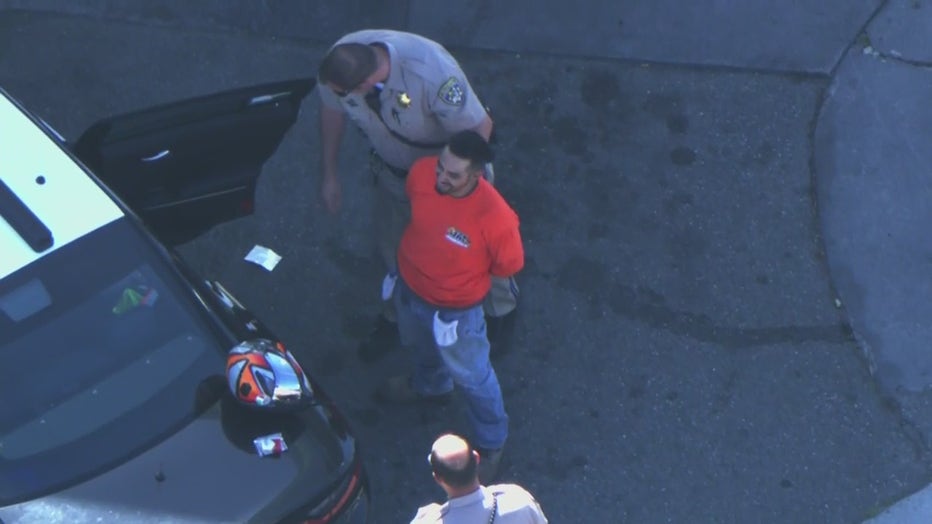