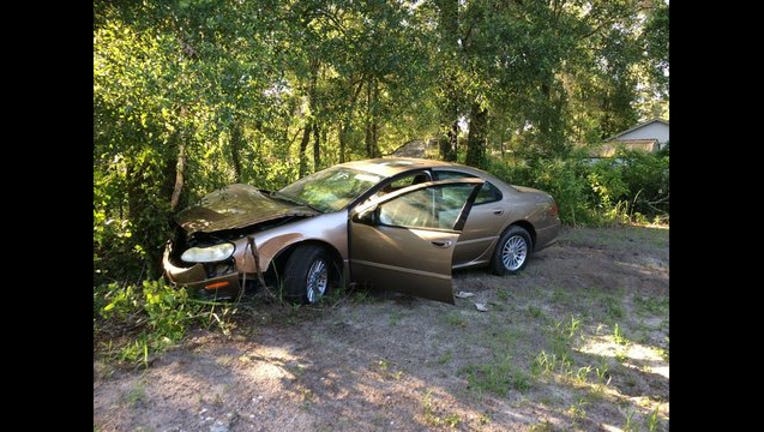 DELAND, Fla. (WOFL FOX 35) - The DeLand Police Department says that two men are in custody after an elderly female was carjacked near a Catholic Church Thursday morning.

The police say they responded to St. Peter's Catholic Church at about 8:15 a.m. on Thursday. They received a call that was initially reported as an armed robbery. However, they soon found out that the two suspects had stolen the woman's tan four-door Chrysler.

The men did not make it very far, according to DeLand Police.

With the assistance of the Volusia County Sheriff's Office, the DeLand Police tracked down the men as they fled, driving erratically off the road. They eventually crashed the vehicle into some trees and fled on foot.

The two suspects are reported to be David Leo Perkins III, 21, and Darius Matthews, 20.