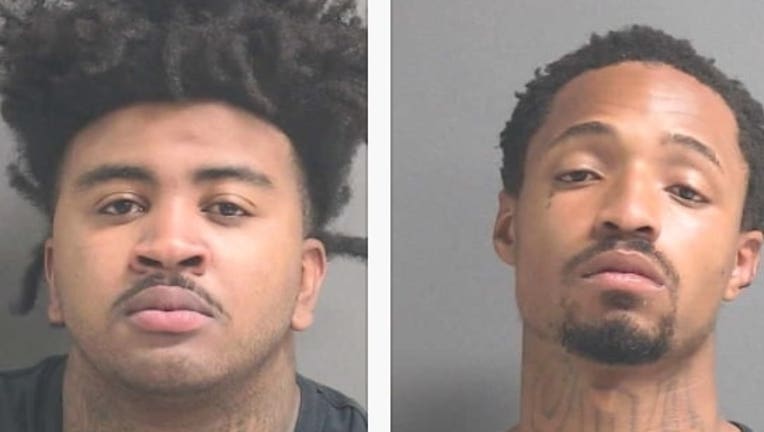 Police say they were investigating a shooting that was reported at West Volusia Avenue around 8:15 p.m.

"While units responded to the area, a second call was received of a person shot in the 700 block of West Euclid Avenue. The calls were determined to be related," police said.

A citizen at the West Euclid location sustained non-life-threatening injuries and was transported to the hospital for further medical treatment.

A vehicle matching the suspect vehicle description in the area was spotted by law enforcement. The vehicle was stopped by officials and two suspects were taken into custody.