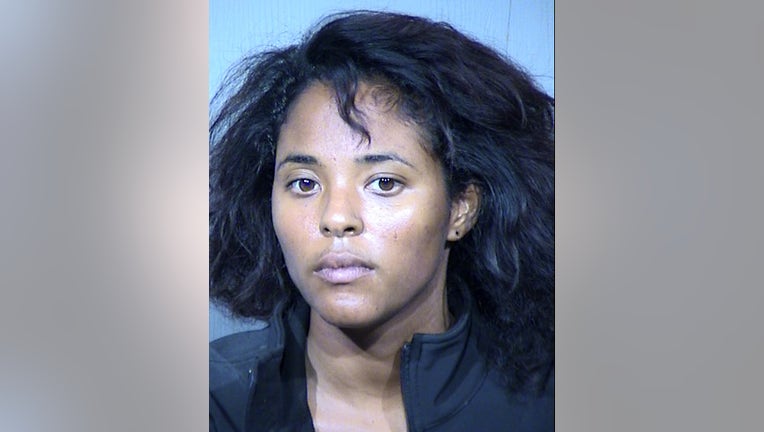 PHOENIX - A Litchfield Park woman was arrested after she allegedly kicked a woman in her stomach while she was seven months pregnant, according to court documents obtained by FOX 10.

Police investigators say the incident happened during the early morning hours on Sunday near Van Buren and Central Avenue in Downtown Phoenix, and the suspect is identified as 27-year-old Diamond Andrea Martinez. In addition to kicking the pregnant woman, officials say Martinez also punched a 12-year-old in the face.

The victims, whose names were redacted from court documents obtained by FOX 10, are related, according to police. One of the victims told officers that Martinez walked up to her, got up in her face, and said the unborn child was a "demon baby." Eventually, Martinez kicked the pregnant woman in the stomach.

Martinez, according to court documents, is accused of two counts of aggravated assault. A judge has set a secured appearance bond of $3,500 for Martinez.