Plane slides off runway in Edgewater

The FAA is investigating a small plane crash in Edgewater. It happened at the Massey Ranch Airpark. Crews say the plane slid off the runway and flipped into a pond.

EDGEWATER, Fla. - FOX 35’s Dave Puglisi is at the scene of a plane crash in Edgewater.

The incident happened off the runway at Massey Ranch Airport. 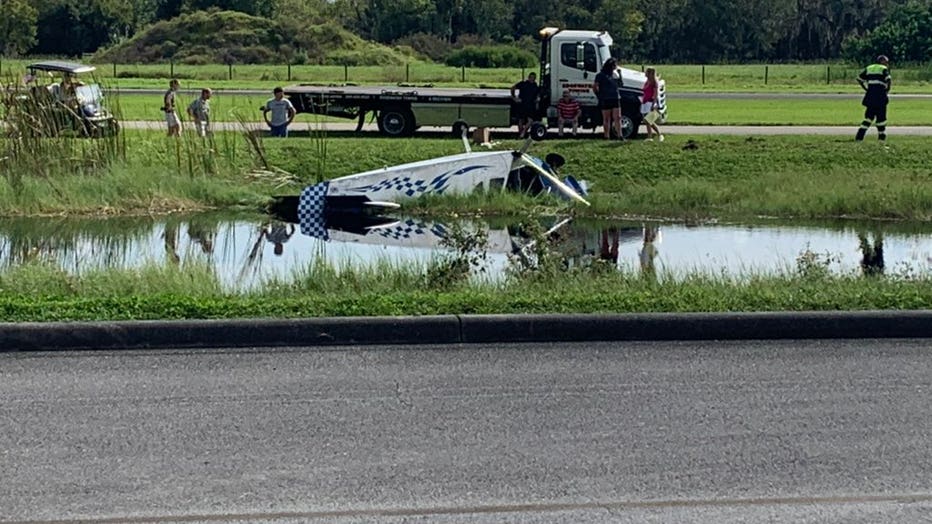 The City of Edgewater confirmed to FOX 35 that units responded to a reported plane crash on Tuesday at 9:40 a.m.

They said that there were reports of a small experimental aircraft upside down in a pond.

Upon arrival, crews reportedly found that two people had escaped without injuries from a plane that had slid off the runway at Massey Ranch Airpark. The plane went into a water-filled ditch. 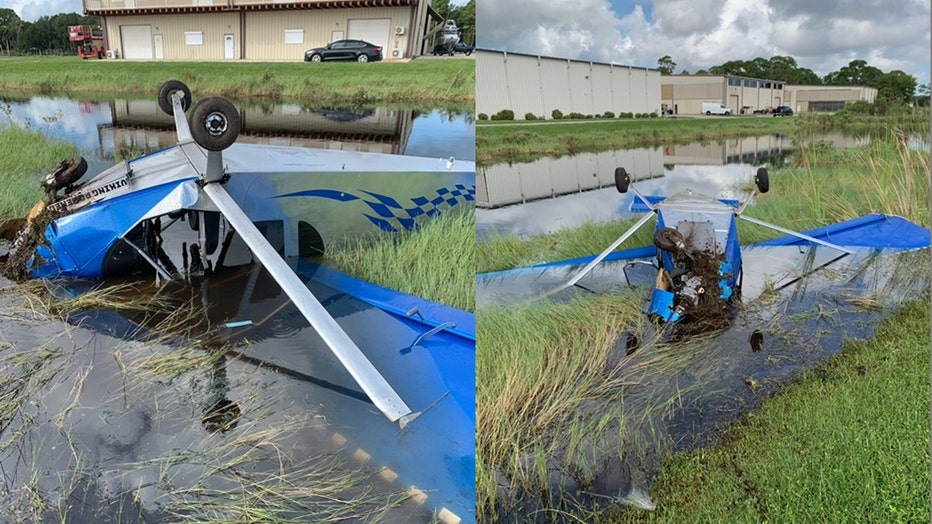 The Federal Aviation Administration said that the single-engine Aqua Rider veered off the runway and flipped over after landing.

An airport representative told FOX 35 that this was the plane's first test flight.

In addition, they said that the two people on board just suffered minor scrapes and bruises and will be okay.

Crews are at the scene to investigate and mitigate any hazards.