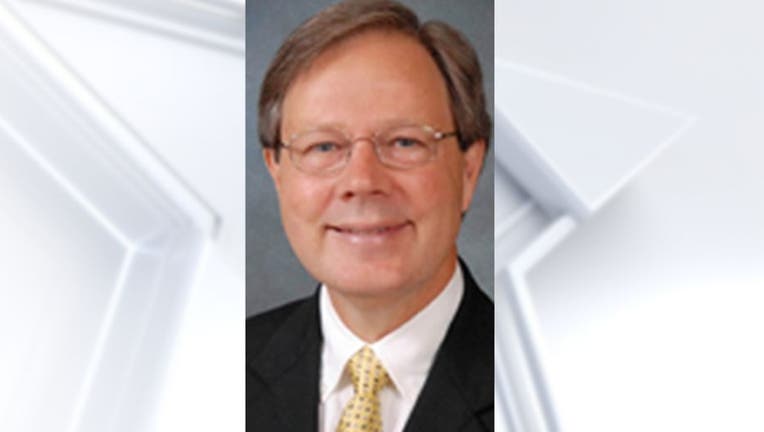 Brown was appointed in February by DeSantis as secretary of the Florida Department of Business and Professional Regulation.

"All these applicants, their resumes are quite impressive, it makes me feel a little bit inadequate," said Sen. Jim Boyd, a Bradenton Republican who is a member of the nominating council.

DeSantis will have 30 days to make a pick.

Plakon, who is chairman of the House Justice Appropriations Subcommittee, is slated to leave the House next year because of term limits. Gibson cast the only vote against Plakon, who highlighted his experience in the public and private sectors when introducing himself.

"I dealt extensively on a daily basis with securities and regulatory-law lawyers of the various government agencies involved," Plakon told the council. "I passed more than 40 laws, which of course involves a lot of research regarding Florida Statutes and (the) Constitution."

Passidomo, a 2019 graduate of Washington & Lee University Law School who the past two years has worked in the general counsel’s office of the Public Service Commission, was the only candidate to receive support from all 11 members of the nominating council.

Passidomo, whose mother, a Naples Republican, is slated to become Senate president after the 2022 elections, said that while on staff at the commission she has worked on cases such as cost-recovery petitions for gas conservation programs, water and wastewater rate cases and an 813 area code numbering plan.

She said the commission has opportunities to "grow in the areas of renewable energy and electric vehicles," along with regulating water quality, while needing to maintain an ability to "communicate decisions to consumers in a way that recognizes that everyone is part of the process."

"My work as an adviser touches all areas of the commission's jurisdiction, from customer rates to quality of service through resiliency and reliability of services, (and) in cases involving very small water companies and large electric companies, often with very complex and technical issues," Ortega told the council. "And my work as an adviser covers all areas of the commission's work in rulemaking and workshops and monthly agenda conferences and internal affairs and even with communications with federal agencies."

Catalano, president of the communications firm Rocket Ship Consultants LLC and a former executive director of the Florida Elections Commission, stressed the need for regulatory practices, pointing to Texas, which suffered major electric-grid problems when hit with winter storms in February.

"Just several weeks ago, we saw what happened in Texas, with their deregulated approach that left them woefully unprepared for Mother Nature's winter storm," said Catalano, who received seven votes of support. "Texas failed to ensure resource adequacy. Unlike Texas, I am proud that our state requires energy suppliers to meet strict safety and weatherization standards to protect the energy supply. While we must always balance energy costs against resiliency, I am excited at the idea of being part of those conversations."