A Denver family got a flight on a private plane after being kicked off a Southwest flight to Austin because their toddler was not wearing his mask.

AUSTIN, Texas - A family posted a Facebook video after they were kicked off their flight to Austin because their two-year-old child was not wearing his mask. A local pilot who heard the Harvey family’s story and stepped up to help with his private plane.

Erik Harvey, his wife Michelle, and their two-and-a-half-year-old son Jackson were all set to fly from Denver to Austin through Southwest Airlines on April 1st. Being very aware of the federal mask mandate for all flight customers over the age of 2, the Harvey family knew they had to get their son used to wearing his mask before their departure. 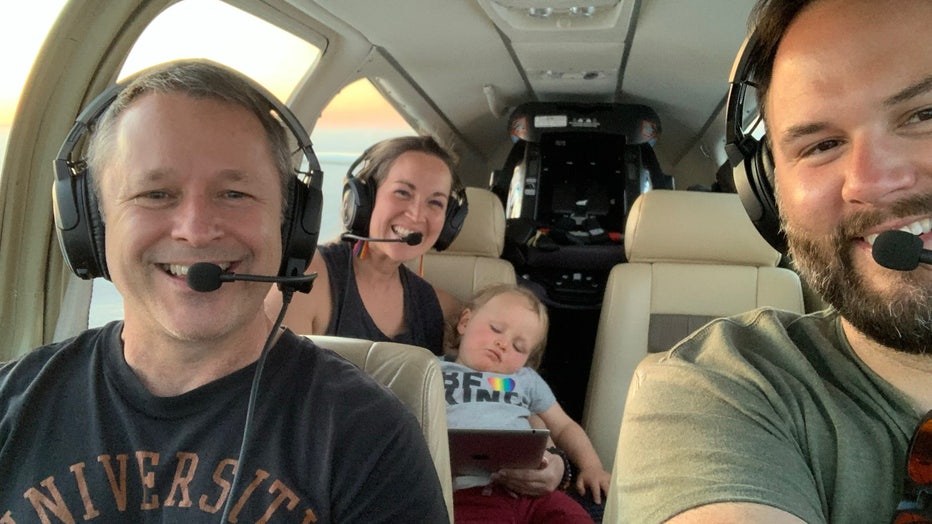 "I practiced with him at least two or three times at the house and every time he threw it off, but I figured that [Southwest] would work with us on the plane because he's two," said Michelle.

Michelle says when the family boarded, Jackson was wearing his mask. It was when they were seated when he took it off. "The [flight attendant] came up to me and, at that point, Jackson had taken off his mask. She said, ‘I'm sorry, ma'am. You're going to have to get off the plane. Your son needs to wear his mask’."

Southwest Airlines released this statement to FOX 7 on the situation:

"We regret the inconvenience this family experienced on their recent Southwest Airlines trip. However, federal law requires all Customers two and over to wear a face mask while at the airport and onboard the aircraft. This is communicated to Customers in multiple areas including during the booking process, checking in, boarding, and pre-flight messaging. Our Customer Relations Team has reached out to the Customers to further discuss the situation. We appreciate the ongoing support and spirit of cooperation among Southwest Customers and Employees as we take care of each other while striving to prevent the spread of COVID-19." 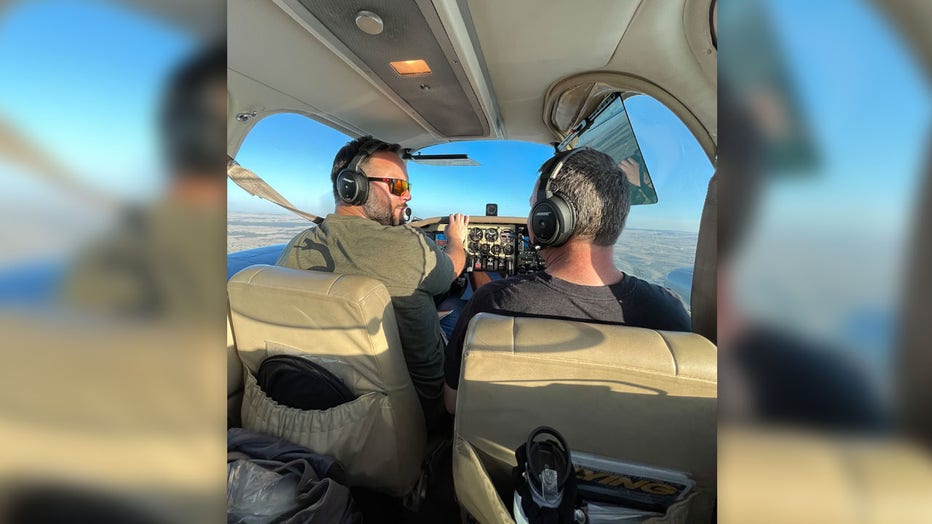 James Peck decided to fly his twin-engine airplane to Denver, pick up the family of three, and fly them to Austin himself at no charge.  (The Harvey Family)

Erik's 18-minute-long Facebook video on their experience received over 1,000 views. One of those viewers included an old family friend named James Peck.

"I have a family of my own and it's not impossible to get your kids to be awesome on a flight, but to get them to be able to keep a mask on the entire time has its challenges," said Peck.

Peck has been a pilot for about seven years. After watching the video, he decided he was going to help this family. "I knew that I could use that as a great excuse to go take a flight and help them out and get them here." 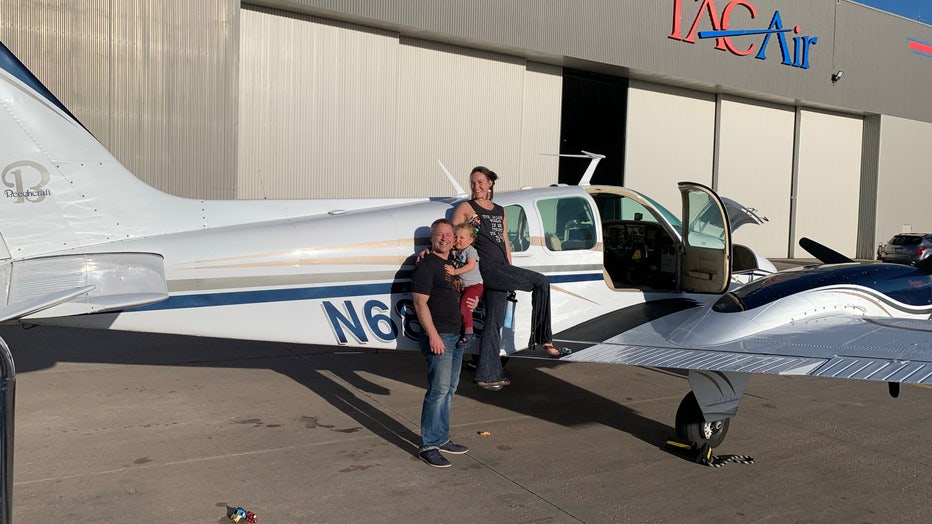 James Peck decided to fly his twin-engine airplane to Denver, pick up the family of three, and fly them to Austin himself at no charge.  (The Harvey Family)

Peck decided to fly his twin-engine airplane to Denver, pick up the family of three, and fly them to Austin himself at no charge.

"I just was floored. I just said [to my husband], ‘You know what, babe? I'm nervous, but I feel like turning him down would be rude like this is an opportunity," said Michelle.

Peck has even offered to take them back to Denver at the end of their trip.

CLICK HERE FOR THE LATEST INFO ON THE CORONAVIRUS OUTBREAK