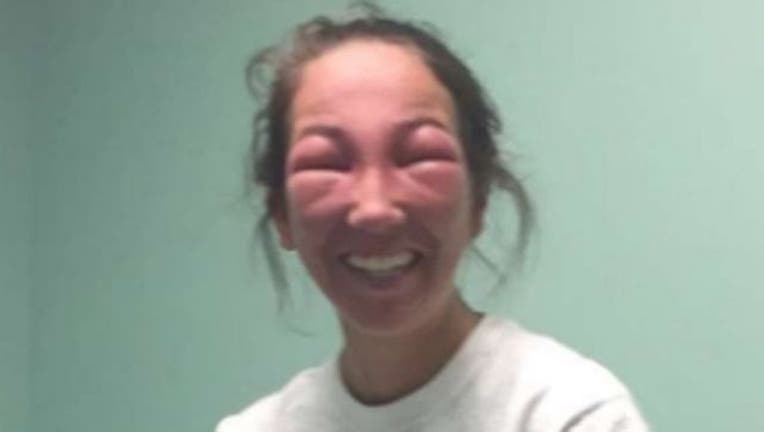 Emily Petrozza got poison ivy in her eye. (Lauren Petrozza)

FOX NEWS - A Connecticut woman who got poison ivy in her eyes is getting the viral treatment after her younger sister posted photos of her swollen face on Twitter. Emily Petrozza, 21, noticed poison ivy on her arm after going fishing with friends. It wasn’t until after she took her contacts out and her face began to swell that she became concerned, NBC Connecticut reported.

Petrozza’s younger sister, Lauren, snapped a few photos before bed and said she was woken up by her crying saying she needed to go to the doctor. Emily sent more photos to Lauren from the clinic that showed her eyes swollen shut, which quickly found their way to Twitter.

“I think it’s funny,” Lauren told NBC Connecticut. “I thought people in my town would get a kick out of it. But I guess everyone else did too.”

According to Buzzfeed, Emily has since recovered from the incident.