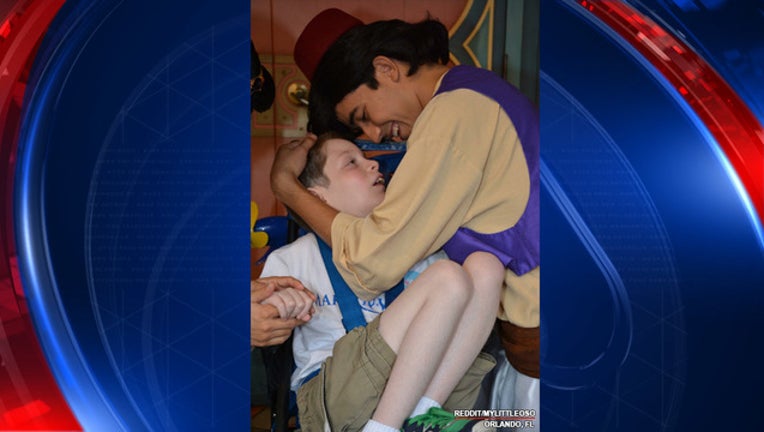 ORLANDO (FOX 13) - A magical connection was made between a Disney character and a boy with special needs.

A photo recently posted on Reddit -- but captured back in 2015 -- depicts a tender moment between an Aladdin actor and a young boy with cerebral palsy.

Reddit user, MyLittleOso, posted that she is the boy’s mother and took him to visit Disney World and Universal Studios two years ago thanks to the Make-A-Wish Foundation.

She posted that her son is a fan of the cartoon 'Spongebob Squarepants,' but appreciated the hug and attention Aladdin gave him.

“A lot of people are stand off-ish regarding my son. He's sweet, but he is nonverbal, non ambulatory, and sometimes moans and drools,” she posted on Reddit. “I get that kind of wants to make people ignore him. On our Make A Wish trip, the actors and staff were amazing.”