Philadelphia drops the mask mandate, days after reinstating it

Philadelphia officials announced they were dropping the mask mandate, after reinstating it Monday.

PHILADELPHIA - Effective immediately, Philadelphia officials will no longer require masks to be worn in indoor settings as a mask mandate that was reinstated on Monday was dropped Friday morning.

A statement from Mayor Jim Kenney’s office that was issued Thursday night revealed that the city would soon be dropping the mandate due to decreasing hospitalizations and leveling case counts. 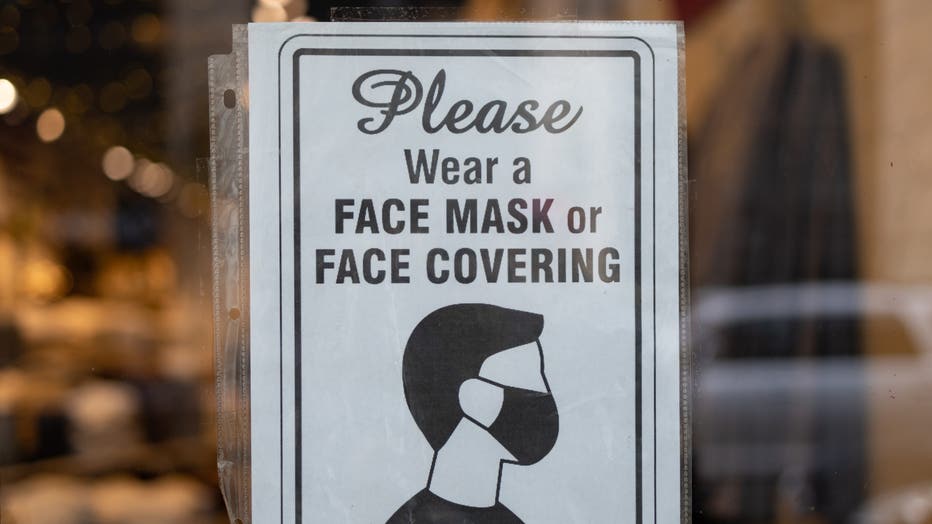 In lieu of a mandate, health officials are instead ‘strongly recommending’ individuals wear masks in indoor settings.

The mask mandate was implemented on Monday after health officials said new COVID-19 cases increased by more than 50% in a 10-day span. At the time of reinstatement, the city was averaging 142 new cases per day, according to Health Commissioner Dr. Cheryl Bettigole.

At the time, Bettigole said that the latest COVID-19 case and hospitalization data no longer met the threshold for the city’s self-defined All-Clear tier.

"It is frustrating, sometimes. It’s inconvenient to wear it. But, at the same time, I feel we need to be safe," Queen Village resident Larry Herring stated.

The city had taken plenty of heat for the renewed masking order and they were the only large city in the United States to re-implement a mask mandate after it was initially dropped last montt.

The restaurant industry complained that workers would bear the brunt of customer anger over the new rules, while several businesses and residents filed suit in state court to get it thrown out. Few masks were worn at a Philadelphia 76ers' home playoff game this week.

City officials insisted their decision to rescind the mandate just days after it had gone into effect on Monday was based on the numbers, even though daily fluctuations are common. Health officials have used four key metrics, COVID-19 cases, hospitalizations, test positivity rates and the rate of increase in cases, to determine the move from one response tier to the next.

"Did you feel pressure to drop the mask mandate because you were out there all alone?" FOX 29’s Jeff Cole asked.

"Hospitalizations peaked at 82 on Sunday, on Monday down to 77, on Tuesday down to 74, and yesterday (Thursday) down to 65. That's clearly not a rise in hospitalizations and I think it just doesn't justify keeping a mandate in place when we don't need one," Dr. Bettigole replied.

"Are you concerned about the public’s perception about this now?" Cole countered.

"I think what we are seeing is Philadelphians really paying attention to public health and doing what they need to do," Dr. Bettigole answered.

The Health Department argues this is not a "free-for-all" for residents to pull off their masks and toss them out. But, with vaccines and testing widely available, COVID seems on the run, even if it is a bumpy road.

"Response levels worked as intended and helped act as an early warning system to level off this current rise in cases," the health commissioner, Dr. Cheryl Bettigole, said in a written statement Friday.

Dr. Bettigole added that people responded by being careful prior to the mandate, and so they believe that a strong recommendation is adequate in place of a mandate at this point in the pandemic.

So, while urging residents to wear a mask indoors, the city will stop forcing people to do it, which is beautiful music to the restaurant and hospitality industry, which sees itself hamstrung by masks.

"She said she’d be looking at the numbers and she followed through. She saw a decline in the numbers and masks went away," Ben Fileccia, with the Pa. Restaurant and Lodging Association, stated.

"You believe the city is jerking you around?" Cole questioned.

West Philadelphia resident Andy Donaldson replied, "Yea, a little bit. I think they should take a firmer stance with the mask mandate."

Days after reinstating a mask mandate in Philadelphia, officials vote for an end to the mandate

Confusion arose earlier this week when a federal judge in Florida struck down the national mask mandate covering airlines and other public transportation. The ruling appeared to free operators to make their own decisions about mask requirements.

SEPTA announced Monday night that "the wearing of masks aboard SEPTA vehicles and in SEPTA stations & concourses is recommended but no longer required of customers or employees." SEPTA employees working inside offices, districts and shops within Philadelphia were asked to continue wearing masks in accordance with the city's mandate.

The Justice Department has since said they would be filing an appeal in an effort to overturn the judge's order that voided the mask mandate on  planes and trains and in travel hubs.

Folks out and about in Manayunk Saturday were happy to discuss the city's abrupt turnaround on the mask policy.

Masks? No masks? People out in Manayunk talked about Philly's mask policy reversal

People in Manayunk shared their thoughts on Philadelphia's mask policy implementation and reversal.