Gov. Ron DeSantis on Wednesday continued to sidestep questions about his political future, after former President Donald Trump announced another bid for the White House.

TALLAHASSEE - Gov. Ron DeSantis on Wednesday continued to sidestep questions about his political future, after former President Donald Trump announced another bid for the White House.

Appearing in the Lee County community of Matlacha, DeSantis brushed off a question about the possibility of a Republican civil war that would force party members to choose between him and Trump in the 2024 presidential primaries.

Instead, DeSantis focused on last week’s elections, when he defeated Democratic challenger Charlie Crist by more than 1.5 million votes and Florida Republicans expanded their control of state government.

"People just need to chill out a little bit on some of this stuff. I mean, seriously, we just ran an election," DeSantis said before pivoting to last week’s national results and a Dec. 6 runoff election in Georgia between Democratic U.S. Sen. Raphael Warnock and Republican Herschel Walker.

"We have this Georgia runoff coming, which is very important for Republicans to win that Georgia runoff," DeSantis said. "I know around the country Florida was kind of the biggest bright spot (for Republicans). It was not so bright in many other parts of the country. It was a substandard performance, given the dynamics that are at play." 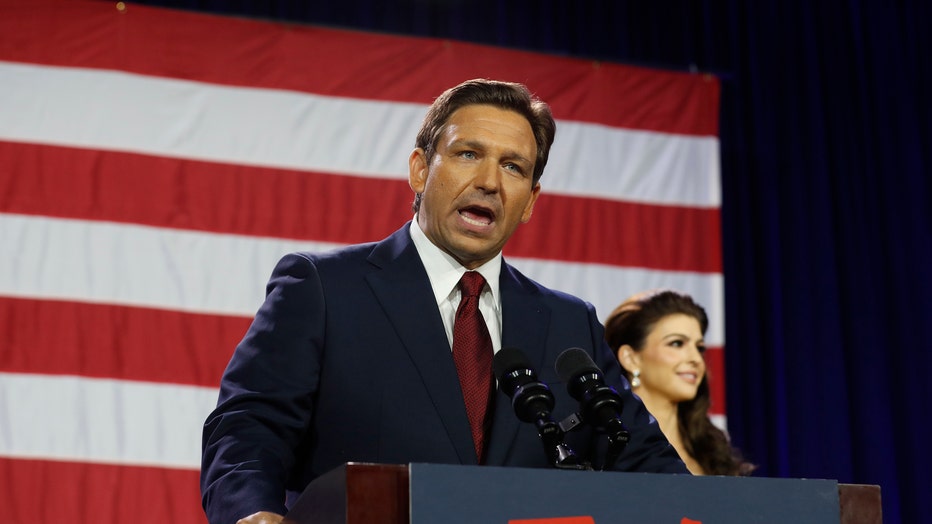 DeSantis, who during his 2018 gubernatorial campaign played up a close relationship with then-President Trump, similarly deflected questions Tuesday about Trump and the future of the Republican Party during an appearance in Fort Walton Beach.

That appearance came hours before Trump announced his 2024 candidacy for president during an event at the Mar-a-Lago Club in Palm Beach.

RELATED: Who will Donald Trump pick as vice president? Here are some possible nominees

Before last week’s elections, Trump gave a disparaging nickname to DeSantis, calling him "DeSanctimonious." He also described DeSantis as "an average Republican governor," and later offered an unsubstantiated claim that he sent federal agents to South Florida to keep the 2018 election from being "stolen" from DeSantis.

"At the end of the day, I would just tell people to go check out the scoreboard from last Tuesday night," DeSantis replied to a question about Trump’s disparaging comments.

On Wednesday, DeSantis said he is focused on governing --- from rebuilding after hurricanes Ian and Nicole to preparing for an expected special legislative session in December and the 2023 regular legislative session. Matlacha sustained damage in Hurricane Ian.

Former President Donald Trump said Tuesday that he will mount a third campaign for the White House, launching an early start to the 2024 contest.

"I think what we showed in Florida is, just produce results, lead with conviction," DeSantis said. "I never put my finger in the wind or took polls. I just did what I thought was right. But what the election gives us the opportunity to do is to continue to deliver. And, so, we're going to continue to deliver. We're not going to look back. And I think that that's very, very significant."

While DeSantis has remained coy about a possible White House bid, he continues to draw comparisons between Florida and the federal government and other states.

On Tuesday, DeSantis criticized the mid-term results for the GOP as "underwhelming" and suggested other Republican leaders across the country follow the Florida "blueprint." Among other things, Republicans fell short of winning a majority in the U.S. Senate.

"People think the country's going in the wrong direction. When that happens, they almost always want to choose to correct that. Yet in a lot of these states, they didn’t do that," DeSantis said.