Protesters continue to march through Orlando pushing for change

They say that their ultimate goal is to end police brutality and mass incarceration.

ORLANDO, Fla. - Protests continue in Orlando as police reform and justice is demanded.

Hundreds of protesters marched from City Hall through Downtown Orlando on Saturday.

The protesters say they will not stop until they see change.

One protester told FOX 35 that "we have a list of demands but we also want the ultimate goal to end police brutality and stop mass incarceration, which is aiding police brutality." 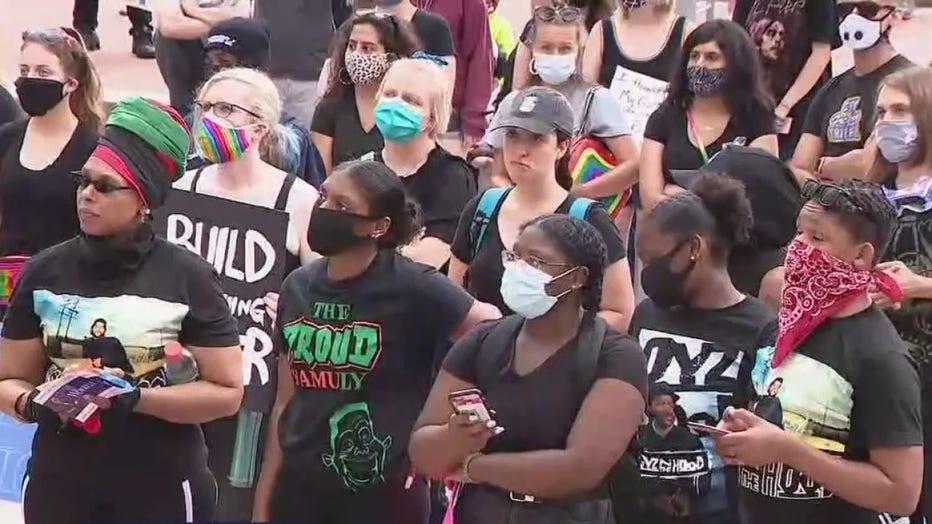 The protesters plan to be back in Downtown Orlando on Sunday and will continue to do so every day for the time being.