Winter Park closed Park Avenue on Mother's Day to extend outside seating but they will not be doing it again on Father's Day.

WINTER PARK, Fla. - A plan to close Park Avenue on Father’s Day to allow for more outdoor dining space on the street has been canceled by the city.

It was a big hit back on Mother's Day, as outdoor dining expanded onto Park Avenue in Winter Park.

Store owner Craig DeLongy said he would have liked to see it again, telling FOX 35 Orlando that "it was really a great weekend for Mother's Day for all the restaurants and the fact that they were going to expand into the street and increase their square footage and safe distancing again -- I’m disappointed."

The good news though is that Winter Park Communications Director Clarissa Howard said that outdoor dining will still take place. They have just canceled closing the street for the 'Dads and Grads' weekend because of the rising numbers in COVID-19.

She added that "phase two happened after we had announced the Grads and Dad’s weekend."

Customer Ruth Wallace said that "when you look at the restaurants outside they’re pretty full, so they obviously don’t need more and it’s very hot." 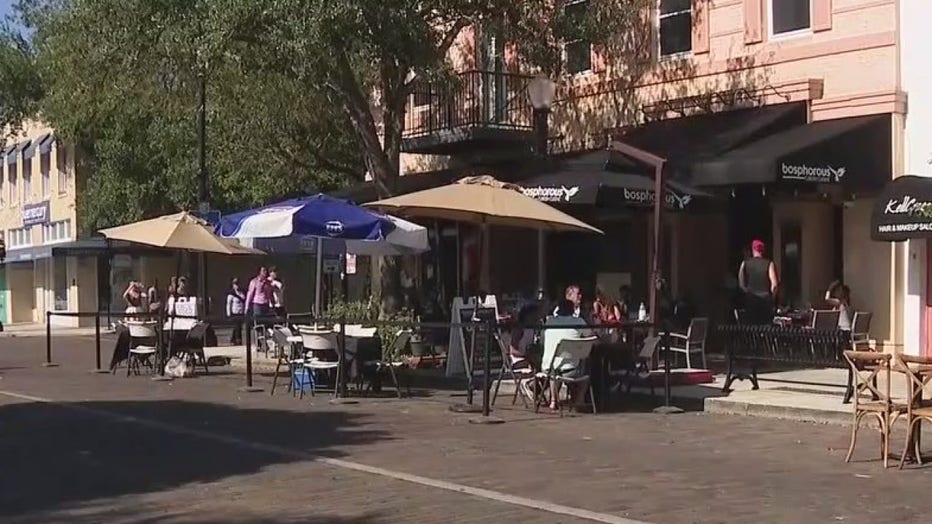 Craig wishes they had asked him before making the decision though, citing that "I think they overreacted but, maybe they know more than I do."

The City says with rainy weather and rising temperature, many will prefer eating inside anyways.