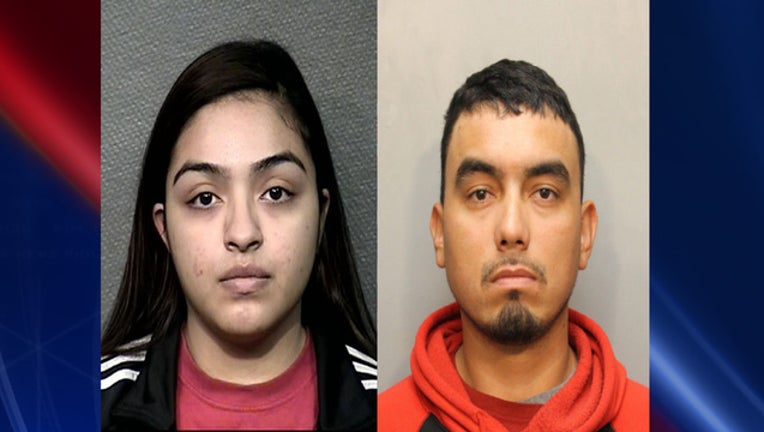 HOUSTON, TX - Two Humble area parents are charged in the death of their two-year-old daughter was left in the backseat of a car overnight after returning from a party, Harris County District Attorney Kim Ogg said Friday.

Olga Esquivel, 25, and Angel Esquivel-Blanco, 25, are now charged with abandoning a child for the September 2018 incident in which Alicia Esquivel died of heat exposure.

Olga Esquivel has been charged with tampering with a corpse. Both were arrested by Harris County Sheriff’s Office deputies.

“Parents have a duty to protect their children,” Ogg said. “And these parents will forever live with their child’s horrible death and suffer the consequences of their actions.”

Olga Esquivel told sheriff’s investigators that the family went to a party Sept. 14, 2018 according to court papers filed by prosecutors in the district attorney’s Child Fatality unit.

When they returned home at about midnight, she said she helped her intoxicated husband get inside, and they fell asleep. It wasn’t until about noon when she woke up and realized her daughter, Alicia was still in the car, she said.

Olga Esquivel said she had splashed water on the child and performed CPR to revive her.

She explained that she had waited more than an hour to call 911 because her cellular phone battery was dead.

At the first she told deputies that Alicia had slept with her and her husband, according to the court papers.

She then changed her story when deputies determined the young girl had been alive in the car, and actually taken cell phone video, as late as 10 a.m. that morning.

Abandoning a child and tampering with a corpse are second degree felonies that carry penalties of up to 20 years in prison.