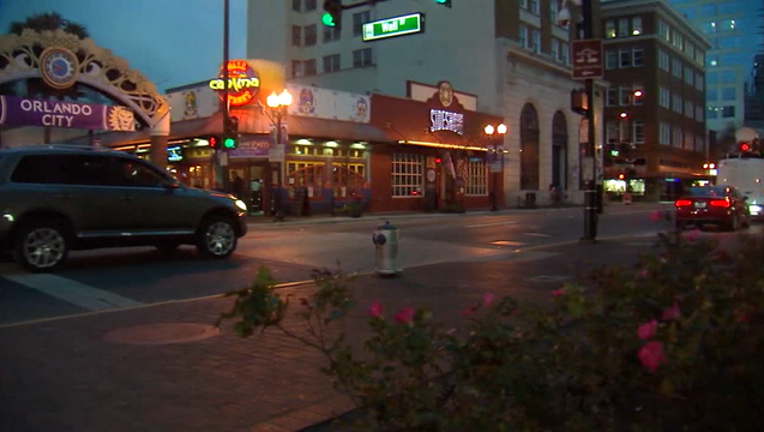 ORLANDO, Fla. (WOFL FOX 35) - Orlando's strict rules on begging downtown, which for years have forced panhandlers to solicit donations inside of blue boxes painted on the sidewalk, could soon come to an end.

Mayor Buddy Dyer's administration is proposing a repeal of the city's restrictions on panhandling downtown and at night, replacing them with new rules officials say would target "unwanted and aggressive" soliciting tactics. This would include prohibiting panhandlers from receiving donations from cars stopped on public roadways at red lights or exit ramps.

Officials say that changes were brought on by a series of recent court cases in which cities were unable to defend broadly worded panhandling restrictions, including a ruling in Tampa last year.

The rules aim "to make sure that stakeholders, businesses, residents and even visitors in downtown are able to go about their desired experience … in a way that is free from any harassment," said Thomas Chatmon, Downtown Development Board executive director.

49-year-old homeless woman, Linda Huggins, hopes the city embraces the change. In almost four years of living on the Orlando streets, she said she has spent many miserable hours in the city's 26 blue boxes.

"Very rarely are they in the shade, and none of them keep you out of the rain," said Huggins, who suffers from frequent seizures and depression. "And sometimes there is fussing and arguing over a blue box because a couple of men will get in there and stay all day."

She's not the only one though. Other homeless individuals said very similar thoughts, even saying the law should focus on how people ask for money, not where.

"It seems like an arbitrary rule," said Kevin Cotton, 45, who has used the boxes but doesn't like them. "If you're pleasant, if you just say, 'Excuse me, do you think you could help me out?' I don't see why that isn't free speech."

And thankfully for the many homeless in Orlando, the courts have agreed in recent years.

Eric Tars, a senior attorney with the National Law Center on Homelessness & Poverty, said every panhandling case that has gone to federal court since 2015 has been struck down as unconstitutional.

"It's good that Orlando is [considering] repealing its old law, but no city should be passing any panhandling laws at this point," Tars said. "And citizens of the city of Orlando should be questioning the use of their tax dollars to design and defend these laws instead of addressing the underlying causes of homelessness."

Orlando leaders banned begging downtown outside of the exempt area delineated by blue boxes in 2000. The city went on to ban panhandling entirely after dark in 2007. These policies resulted in hundreds of arrests each year, including many homeless offenders.

While those bans would go away, the ordinance commissioners will consider Monday would also include a wide array of restrictions.

These restrictions would ban soliciting bank customers at ATMs or people considered a "captive audience" - such as diners at an outdoor restaurant or people waiting to enter a concert or venue. It would also prohibit asking again after being rejected.

Alex Karden, an attorney for the city, said the new rules were crafted to survive legal challenges like those other cities have faced. "We've looked at what they've done right and what they've done wrong," he said.

Andrae Bailey, former CEO of the Central Florida Commission on Homelessness, applauded the move as a step in the right direction. Bailey said the blue boxes are "a symbol of everything that was wrong with our approach to homelessness."

Bailey said the changes would be in direct contrast with the Osceola County Commission's approval last month of a law aimed at homeless people who erect "temporary habitation" along much of the tourism corridor. The law is punishable by up to a $500 fine and 60 days in jail.

"It shows that when you understand what homelessness is, when you understand that most people who are on the streets for more a year usually have a disability or mental illness, then you realize you have to create help for them and not penalize them," he said.