The death toll in Haiti's earthquake topped 1,900 people on Wednesday and at least 30,000 families have been displaced. In the hours following the devastating 7.2 magnitude quake, a pilot from Titusville, Florida jumped into action to help.

JEREMIE, Haiti - The death toll from the recent earthquake in Haiti topped 1,900 people on Wednesday afternoon.  The number of deceased was revised later in the evening to 2,189, with at least 30,000 families displaced.

In the hours following the devastating 7.2 magnitude quake, a pilot from Titusville, Florida jumped into action to help.

"Jeremie was just torn to pieces," said Joe Hurston from Air Mobile Ministries, referring to one of the hardest-hit communities.

He was finally taking a break after a long day of delivering high-tech water purifiers to the residents of Jeremie.

"We were able to go through the downtown area, capture a lot of the destruction," he explained. "You saw some of the footage I sent." 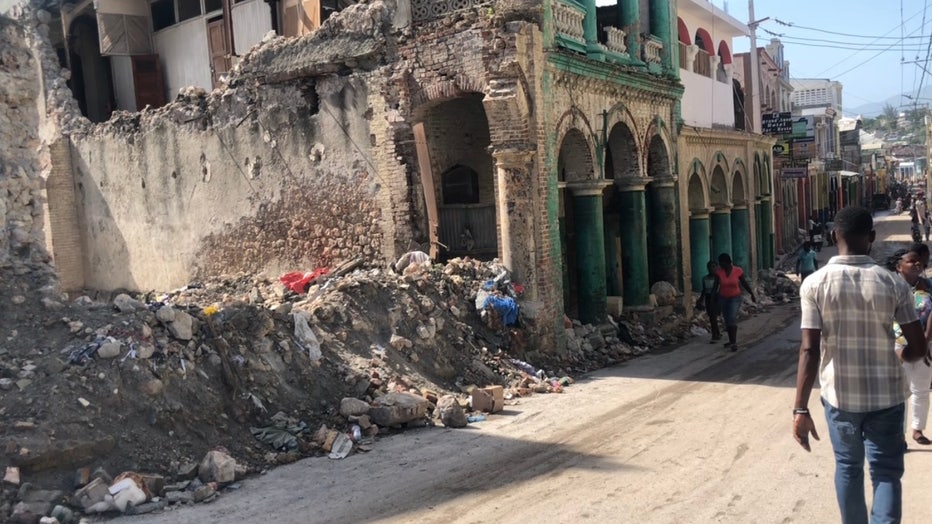 Taylor Gibbs, a former marine and pilot-in-training, is helping out.

"Today was definitely harder. We saw a lot of damage. The mayor took us around the City of Jeremie and showed us the damage and rubble of the city, certain buildings got demolished from the earthquake," Gibbs said.

Each purifier can provide a thousand people a day with fresh water. Working with the mayor, they plan to set up a large-scale food handout.

They delivered several purifiers to the city, and on Thursday, they will be bringing the remaining units to the City of Cayes, further south.

Hurston said Jeremie's mayor told them they had been the only relief mission to the city, so far. Hurston added that it's been an honor to help.

The two plan on returning to Titusville sometime on Friday.