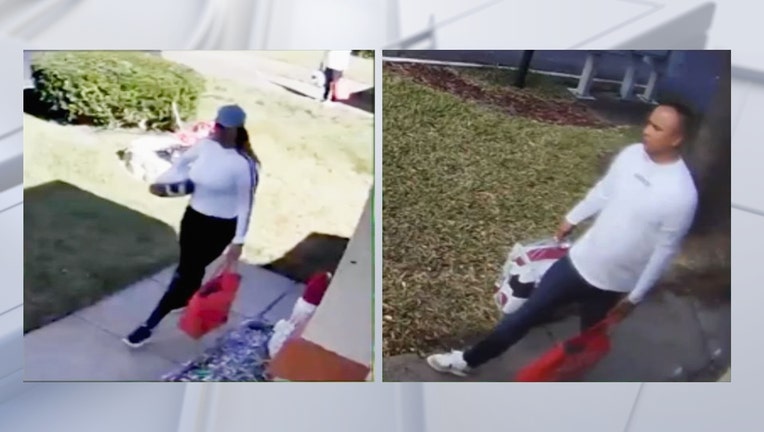 Authorities in Orange County are looking for two individuals for questioning in an investigation into a jewelry theft operation.

ORLANDO, Fla. - A 92-year-old woman in Florida had 13 gold rings stolen from her by a couple who claimed to have tested them and found them to be fake, deputies said.

According to the Orange County Sheriff’s Office (OSCO), a man and a woman knocked on the woman’s door and asked to "test" her gold jewelry. Doorbell footage captured the pair going door-to-door in a residential part of South Orange County.

Detective Mondezy Lindor said the man placed the woman’s jewelry in a dish and then "poured liquid" on it. He then asked the woman for a glass of water, and when she returned the jewelry was gone. The pair told the woman her rings had dissolved in the liquid because they were fake, Lindor said.

"It is not OK to victimize our residents – especially the elderly or vulnerable. If you do, we will come after you," the Sheriff’s Office wrote on Facebook.

Detectives asked anyone with information about the couple to contact the Sheriff’s Office.