The former owner of two emaciated horses that were seized by the Volusia County Sheriff's Office is facing charges of animal cruelty.

LAKE MARY, Fla. - The Volusia County Sheriff’s Office on Monday announced charges in an investigation into alleged animal abuse that was first reported by FOX 35 News.

Shortly after FOX 35 News reached out to the Sheriff's Office to inquire about emaciated horses in Edgewater, deputies investigated and seized the animals from their owner, Anthony Cartrette.  Cartrette, 41, now faces two counts of cruelty to animals and two counts of confinement of animals without sufficient food and water. 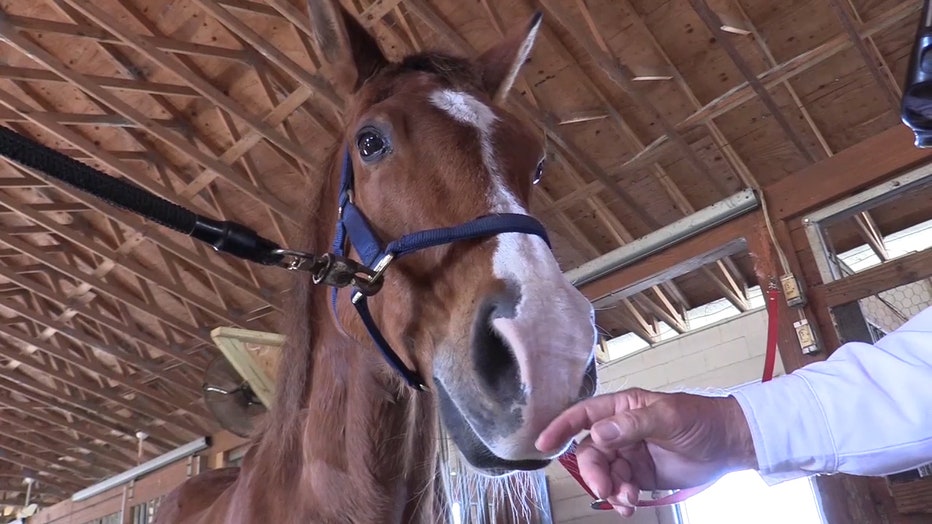 Cartrette's neighbors said it has been hard to watch the animals deteriorate.  The said they tried feeding the horses themselves and also contacted law enforcement.

"We're so grateful to the News Station for helping us. We’ve called so many people the past several months and were told nothing could be done," said neighbor Millie Burch. "You just came down right down. If it wasn’t for you guys coming down, those animals would still be in here probably dead."

The horses – two Arabian mares named Tiffany and Niagara – were seized Dec. 11 from Cartrette’s home and he signed over ownership to the Sheriff’s Office at that time.   Deputies have since filed an affidavit with the State Attorney’s Office charging the horses’ former owner with neglecting the two animals.

Sheriff Mike Chitwood visited the horses last week at the undisclosed facility where they are recovering. The mares continue to be adjusting well to being fed and are being closely monitored by a veterinarian as they recover.

Volusia County Animal Services said that they are also looking into alleged neglect of dogs on the property.