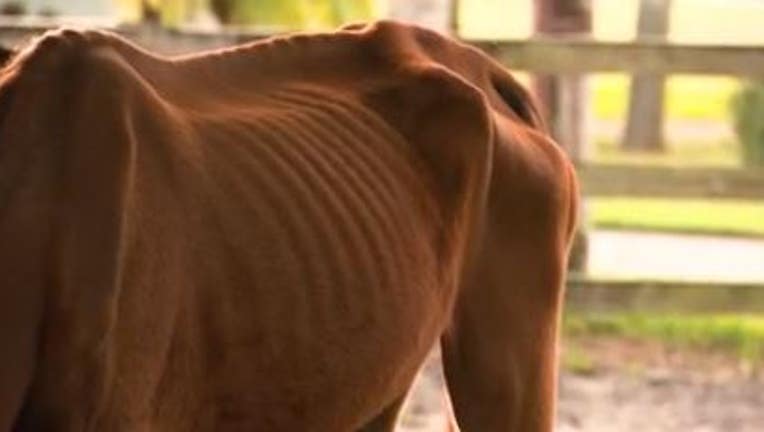 EDGEWATER, Fla. - The Volusia County Sheriff's Office confirmed to FOX 35 News on Wednesday that they have seized two emaciated horses from the Edgewater area.

They said that they were investigating the condition of two horses near Edgewater in an enclosed area along Clinton Cemetery Road. Their bones could be seen protruding from their bodies and all of their ribs.

The Sheriff's Office made the rescue the morning after FOX 35 News took you to the land where the horses were found. They are reportedly being taken an undisclosed location by the Sheriff's Office. They will receive proper care and see a vet.

Charges are still pending, they said.

People who live nearby said that it has been hard to watch the horses deteriorate.  Neighbors have tried feeding the horses themselves and they have also contacted law enforcement.

Authorities in Volusia County are investigating after emaciated horses were spotted in Edgewater.

"This is a sin. It’s a sin,” a neighbor who spoke to FOX 35 News said about the emaciated horses.

"They’ve got no weight to them. No grass in the pasture,” another neighbor added.

“I would say they’re about a body scale of one. They look terrible,” said Mariette Heymans, of CC’s Equine Rescue in Flagler County. She has offered to take the horses in. “I will go right now to get them." 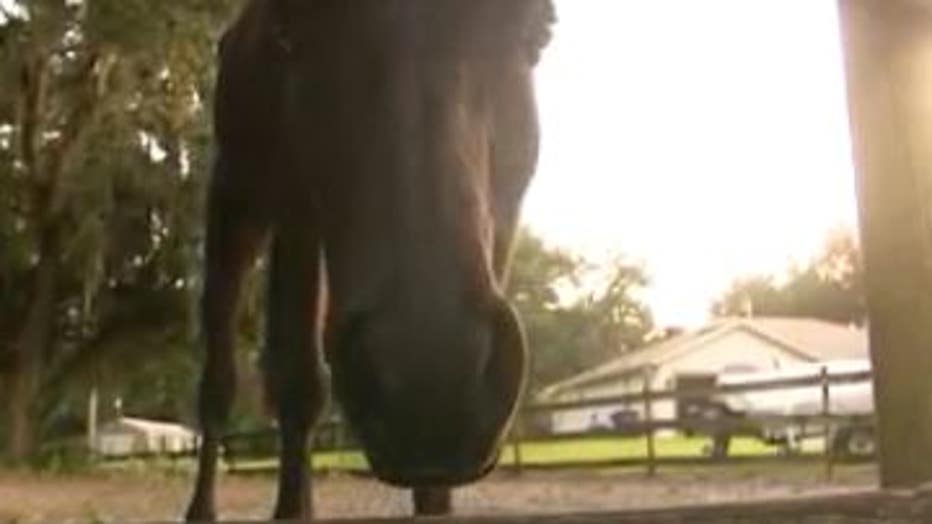 She added that “any person that allows an animal to look like that does not deserve an animal."

Volusia County Animal Services said that they are also looking into alleged neglect of dogs on the property.

FOX 35 News was unable to reach the property owner by phone.