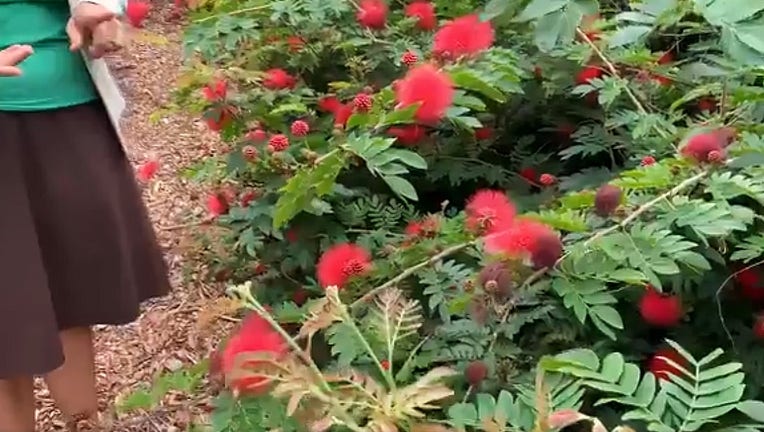 When people see a yard with wild greens, mowing the lawn may come to mind. For Mayor Sladek, it's like a salad buffet --  something she’d like to see in Oviedo parks for residents to eat.

"This is pellitory and tastes like cucumber. This is a dandelion. Very tender, very good," Sladek says as she surveys the ground in front of her.  "We could teach people how to go along our trails and can grab some greens."

Oviedo has been offered a $50,000 grant to plant edible greens in park spaces. We asked her about the safety concerns of planting food that anyone could contaminate.

"We already are spraying it with pesticides," Sladek explains.

She says residents can wash the greens before eating them. She continues to forage, despite some garbage on the ground.

"This is one of my favorites -- so good, delicious things to eat."

By using edible plants, she believes the city could eliminate pesticides and have less maintenance at the parks. While she says the plants could be great for Oviedo residents, not everyone agrees. We asked some parkgoers if they would eat wild plants.

While some don’t think edible plants will look nice in parks, a spokesperson for the City of Oviedo says officials are researching the idea.

"Right now, our insurance company is looking into it to make sure it's safe," Stephanie Wilken said.

Some residents are open to the idea.

"You’d have to make sure people know which ones are edible," Jana Jarvis said.

The City Council will chew on the proposal and take up the issue in March.