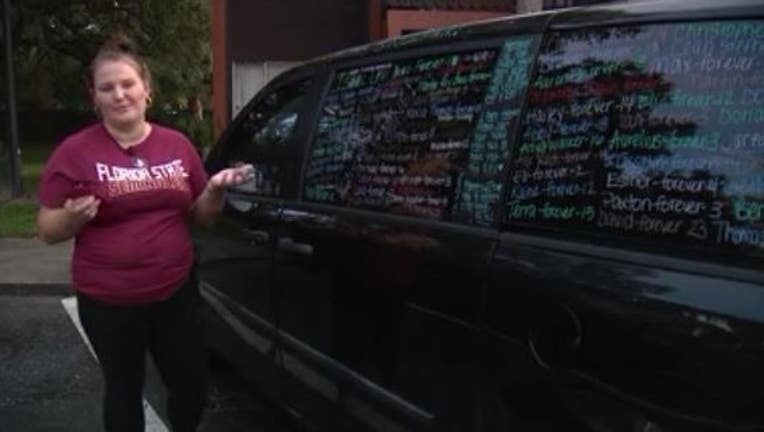 KISSIMMEE, Fla. - An Osceola County mom is desperate for a thief to return stolen items from her purse.

Samantha Ciraldo says her van was broken into overnight Sunday outside her apartment complex in Kissimmee.

The thief took her purse. Ciraldo says inside were priceless memories from her 13-year-old son, Nathaniel, who passed away from cancer last year, including a ribbon he received during treatment.

“Had my son's insurance cards. I’ll never be able to get those. He’s no longer alive to get those. It had his first SeaWorld pass that he got,” Ciraldo said. “They’re all materialistic. I know to other people it doesn’t mean anything, but sometimes it’s all that you have left of somebody and that’s all that I have.”

Ciraldo is asking the person to return those items to her - no questions asked.