ORLANDO, Fla. - Orlando reached 93 degrees on Wednesday, marking the hottest day of the year so far, and breaking a daily heat record set 99-years ago.

To be clear, this is not an all-time heat record for Orlando or Florida.

Back on April 6, 1923, the official high temperature in Orlando was recorded at 92 degrees. At 2:22 p.m. on Wednesday, April 6, 2022, the temperature gauge at Orlando International Airport reached 93 degrees, setting a new record for the date, according to the National Weather Service. 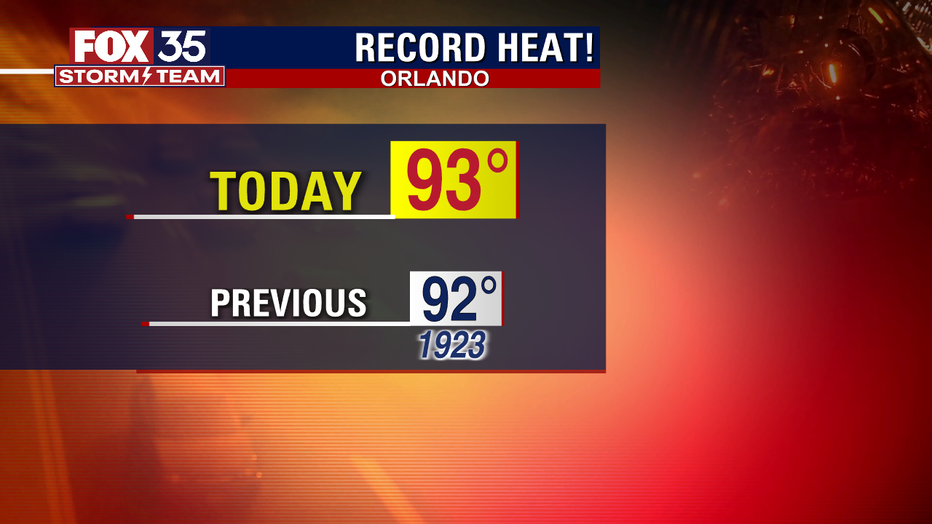 It also comes on a FOX 35 Storm Alert Day, as there is a potential for storms in and around Orlando this afternoon. Thursday is also a Storm Alert Day.

Storm coverage and intensity will be higher along along the coastal counties Wednesday. The Weather Impact Day holds for this afternoon and mainly for the eastern counties closer to the Atlantic.