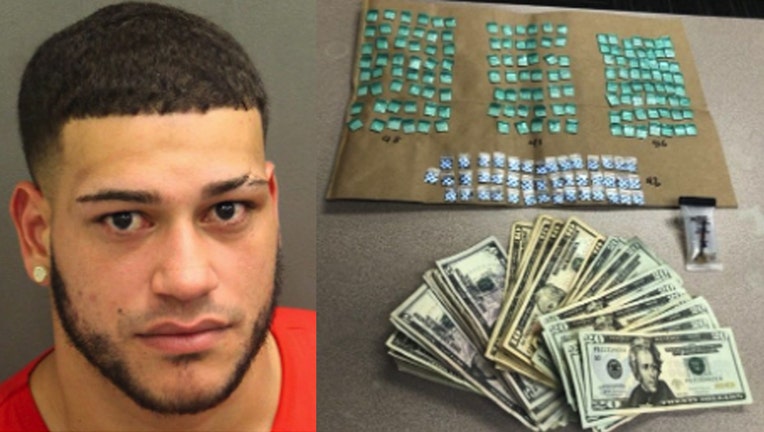 ORLANDO, Fla. - The Orlando Police Department said that they arrested a man after investigating a near-fatal overdose.

They said on July 29th, 27-year-old Jesus Manuel Suarez received a call from an Orlando Police detective. During the call, he agreed to meet and sell $160 worth of fentanyl and cocaine. When they got together, Suarez was detained and they searched his vehicle. They said they found 145 individually packaged Fentanyl doses and 43 of cocaine hidden in the console of his car.

Suarez was reportedly charged with Trafficking in Fentanyl, Possession of Cocaine with the Intent to Sella and Deliver, and with the Unlawful use of a 2-Way Communications Device.

If you suspect illegal drug activity in your neighborhood, police ask that you report it anonymously to Crimeline at https://crimeline.org/ or by calling 1-800-423-TIPS (8477).