One of the bullets was stopped by bedroom furniture.

The family is shared their story with Fox 35's David Williams.

Amir Elmasri, of Orlando, said the bullet entered  in the garage, traveled some 10-15 feet all the way over to a few boards and right into the bedroom.

Amir Elmasri showed Fox 35 where he said one of three bullets shot through the bedroom wall right into their dresser.

Elmasri said, "It of course looks like a bullet, and then I tracked it, and it is. It came all the way to my bedroom.Thankfully the dresser stopped it."

Thankfully, no one was hurt.

Nehal Elmasri, Amir's wife told Fox 35's David Williams, "I believe that, really, God protected us. It happened for a reason. But, the issue is we are in a safe place. Our neighborhood was really safe, so it was shocking for me."

The Elmasri family is Muslim. They believe the shooting happened sometime Saturday evening while they were out at an event painting pictures of peace for the victims of the attacks in Paris.

Amir said, "The first thing came to mind that this is a reaction to what happened across the pond pretty much. I hope it is not, but I can't help but think that way."

They discovered the damage from the bullets Sunday morning, after they got home from feeding the homeless.

Amir said he feels like his family was targeted.

They've lived in the tucked away, gated community over 12 years and don't know who did this or why

Amir said, "I couldn't fathom that 'just happened,' because we really don't have any animosity with anybody."

Nehal Elmasri said, "Muslim, non-Muslim, other. We're best friends here. Jewish, Christian, we have all these in our community. We really feel we are family."

Within that family of neighbors, Al Feliciano, who lives right next door, is outraged.

"It hurts me personally," Feliciano said. "There's no doubt in my mind that that was a vicious and malicious act of hatred."

Meanwhile, the Elmasri's are understandably on edge.

"Safety of my family," Amir said. "That's really what I care about."

The Elmasri's have hired an attorney from Cair Florida, who told Fox 35 they're investigating this to see if this is a hate crime. 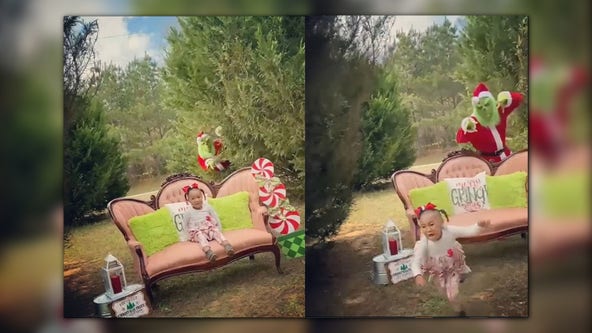