A Florida mother is suing a charter school and three of its employees, claiming that her son, who is on the autism spectrum, was abused there.

ORLANDO, Fla. - A Florida mother is suing a charter school and three of its employees, claiming that her son, who is on the autism spectrum, was abused there.

Stephanie, of Orlando, who chose not to use her last name to protect her son, said she pulled him out of the Access Charter School after she says he was hurt more than 20 times there.

The school, which specializes in teaching kids who have conditions like autism, has not answered any questions from FOX 35 about the lawsuit.

"He felt like prey and his teacher was a predator and that he was scared to go to school," said attorney Michael Mann about the child.

In a news conference Wednesday, Mann shared photos of bruises on the 14-year-old boy he says happened at school.

They allege one came from a behavioral specialist restraining the boy in a chair and slamming him into a desk. 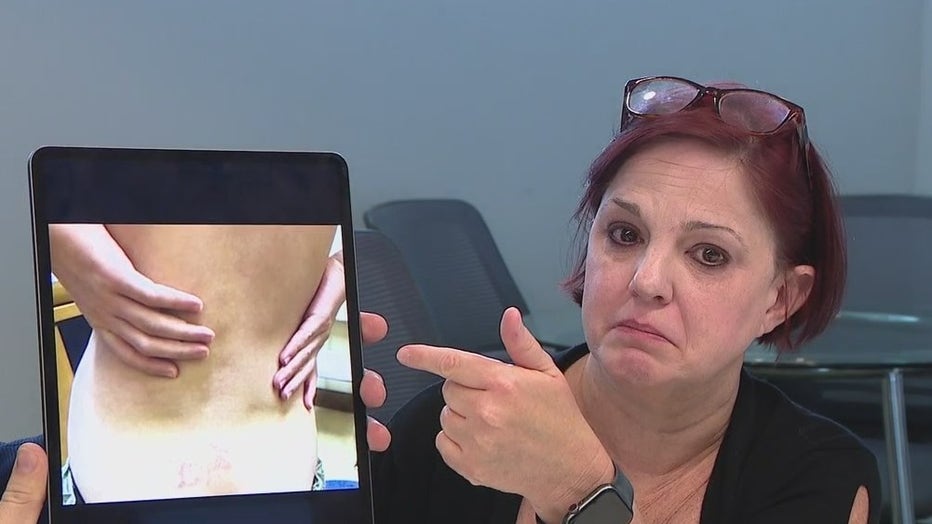 They claim another bruise on the boy's neck came from him getting choked.

The lawsuit says the school claimed the boy injured himself.

"He got to the point where he was scared to go to school," Stephanie said. "He tried to run away. He would elope. When I said it was time to go to school, he would hop the balcony and take off."

After pulling the boy out of the school, Stephanie claims the school tried to retaliate by sending an agent from the Department of Children and Families to her home, then later trying to block her son from enrolling in another school.

She says she's suing in hopes that this won't happen to anyone else.

"My son can say that, but there are children in that school who can’t speak," referring to students who are non-verbal. "There are some children there who carry iPads to communicate."

FOX 35 News tried getting in touch with the three staff members named in the lawsuit, and could not reach them for comment.