Tyre Sampson fell on March 24 from the 430-foot ride called Orlando FreeFall, during a visit to ICON Park. The ride will remain closed 'for the foreseeable future' until all questions are answered as part of the ongoing investigation, said the Florida Commissioner of Agriculture and Consumer Services, which is tasked with inspecting many of the state’s amusement rides.

ORLANDO, Fla. - Crews from the Florida Department of Agriculture will be on site at ICON Park on Monday. The state has hired a forensic team to investigate the Orlando FreeFall ride after 14-year-old Tyre Sampson died when he fell from the attraction on March 24.

The owners say they are fully cooperating with the investigation. 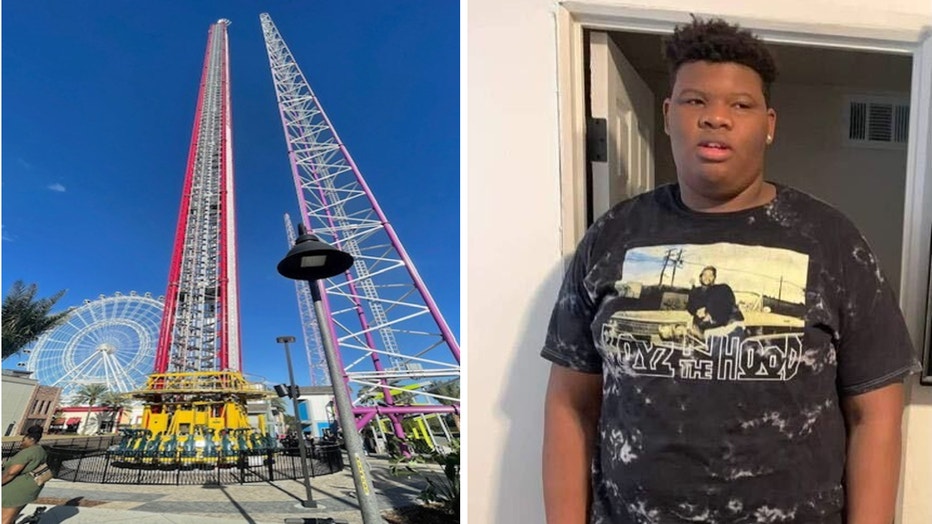 In addition to the state forensic team, the family of Tyre has their own attorneys going forward with an investigation. Their attorney, Michael Haggard, claims there are design issues with the ride as well as a lack of seatbelts, warning signs regarding the weight limit and scales.

"We’ve talked to several witnesses who have been on that ride, complained about the harnesses that night to several weeks prior," their lawyer said.

Florida Agriculture Commissioner Nikki Fried held a news conference on Friday to discuss the next steps in the investigation into the death of a teenager on the Orlando FreeFall ride at ICON Park.

On Friday, Florida Agriculture Commissioner Nikki Fried promised a "complete and thorough investigation" into the tragedy, but also emphasized that her agency would not jump to any conclusions until that investigation was completed and the report is released.

"We are fully committed to finding out what happened, so we can better prevent such tragedies from happening in the future – and that’s why we will not be jumping to any conclusions before the information is provided to us, and we know all the facts," she said at a Friday afternoon press conference.

The family's attorney says they will do everything they can to get justice for Tyre and his family and ensure this never happens again.