A new monument in Orlando’s Lorna Doone Park commemorates a milestone in American race relations, a significant step that, in 1955, didn't seem like that big of a deal to a bunch of 12-year-olds.

ORLANDO, Fla. - A new monument in Orlando’s Lorna Doone Park commemorates a milestone in American race relations, a significant step that, in 1955, didn't seem like that big of a deal to a bunch of 12-year-olds.

"To us," said Freddie Augustine, a former player for the Pensacola Jaycees, a black team, "it was just another baseball game."

"That game" between the Kiwanis and the Jaycees turned out to be the South's first interracial Little League game. It was a game that held far more meaning than the players knew, at the time. "Our coach quit," said Stewart Hall, a former Kiwanis player, "our first coach quit because he was not going to coach against a black team." 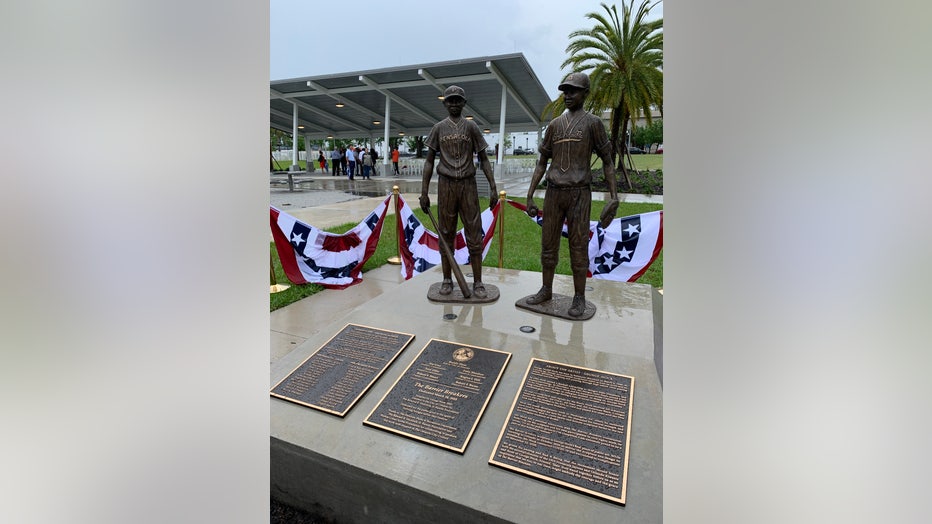 The players say a thousand people showed up to watch. This is the spot where the baseball fields were set up in 1955 looks very different, today. "We used to ride our bicycles from Pine Hills to College Park to play baseball," said former Kiwanis player Jerry Cowart, "and it was a dirt road!"

The Orlando Kiwanis ended up with the higher score that day, but it was the players and the world of American youth sports that were the big winners. "They've become really good friends," Cowart said, "we didn't even know them when we played them."

"It's an event that everybody don't get a chance to experience," Augustine said, "but when you do, you cherish it for a long time."