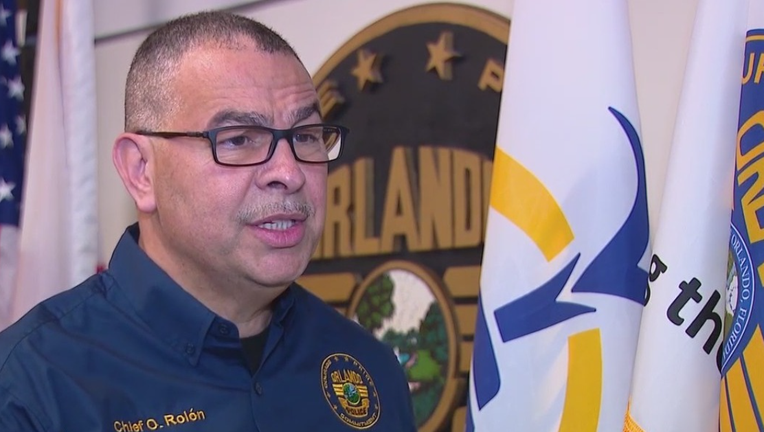 LAKE MARY, Fla. - The City of Orlando's first Hispanic police chief is retiring later this year, according to a statement released by the Orlando Police Department Thursday evening. Chief Orlando Rolón said he intends to step down on Nov. 1, with his last day of work on Aug. 19.

"The challenges law enforcement chief executives faced during the last three years have been unprecedented," Chief Rolón wrote in a letter addressed to Orlando Mayor Buddy Dyer.  "Addressing the concerns of our citizens and ensuring our officers felt supported was critical, and I am proud of the way I led our department during this challenging time."