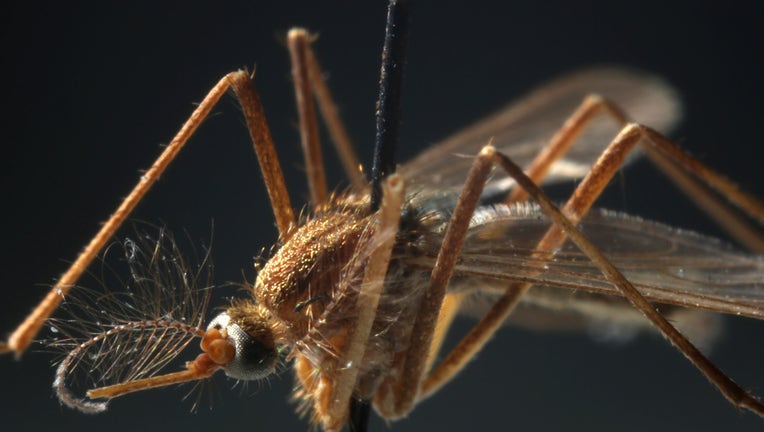 A Culex pipien mosquito specimen in the insect collection at the Field Museum shows the type of mosquito that carries the West Nile virus. (E. Jason Wambsgans/Chicago Tribune/Tribune News Service via Getty Images)

In response to the recent spike in the mosquito population in Orange County, the Florida Department of Agriculture and Consumer Services will be assisting the Orange County Mosquito Control (OCMC) with aerial mosquito treatments.

The treatments are slated to begin on Sunday, October 16.

The OCMC has spotted approximately 93,000 acres in Orange County with an increased mosquito population that will receive the additional aerial treatment.

The areas that will receive the aerial treatment are Apopka, Bithlo, Christmas, Hunter's Creek, Union Park, and Wedgefield.

Mosquito Control officials report that mosquito populations, particularly in areas not accessible by vehicle, continue to rise, elevating the level of nuisance mosquitoes as well as mosquito types that can transmit illnesses to people.