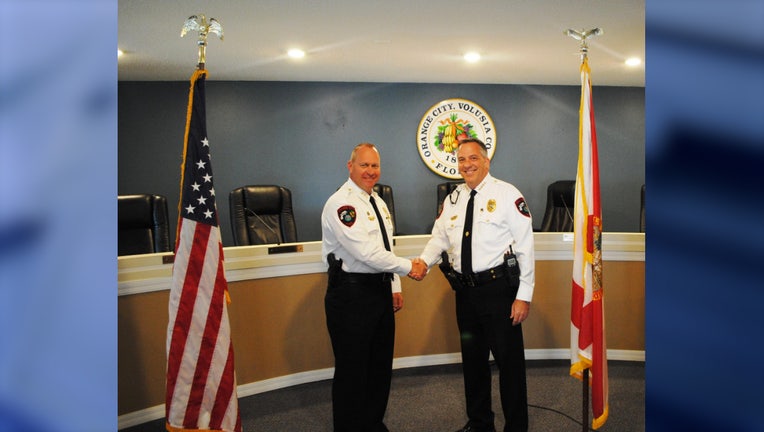 The news comes as the current chief, Peter Thomas, is set to retire at the end of the month after 30 years of service with the Orange City Police Department.

Miller has decades of experience in law enforcement – 30 years alone with Port Orange Police Department – and has served Orange City for the past seven years as deputy police chief, according to a news release. His first day as chief with Orange City Police Department is Friday, April 29.

He will have a public swearing-in ceremony on Friday, May 6 at Mill Lake Park. The ceremony will start at 10 a.m.

Thomas – the longest-tenured police chief of Orange City to date – first joined the department as a reserve officer in 1991. He received several promotions over the years, from sergeant to commander, and became the police chief in 2011.

"For 30 years, this department has been my home, every day a new challenge," Thomas said in a statement. "As a police officer you get to make a difference every day; you get to help people, maybe even save a life. Nothing beats that kind of satisfaction, but I’m looking forward to retirement."

Miller said he's honored to serve as the next police chief and congratulated Thomas for his service to Orange City.

"I am extremely humbled for this opportunity and will continue to serve this community with professionalism, honor, and dignity," Miller said in a statement.

The city council plans to honor Thomas for his service at a city council meeting on Tuesday, April 26 at 6:30 p.m.