13 arrested on drug charges, 5 on the run in Flagler County, sheriff says

Authorities said the undercover operation was conducted for more than two months by the Flagler County Sheriff's Office's special investigation unit and resulted in multiple arrests of drug dealers and illegal drug seizures. Many of the 18 suspects, who range in age from 21 to 66, have several prior felonies. 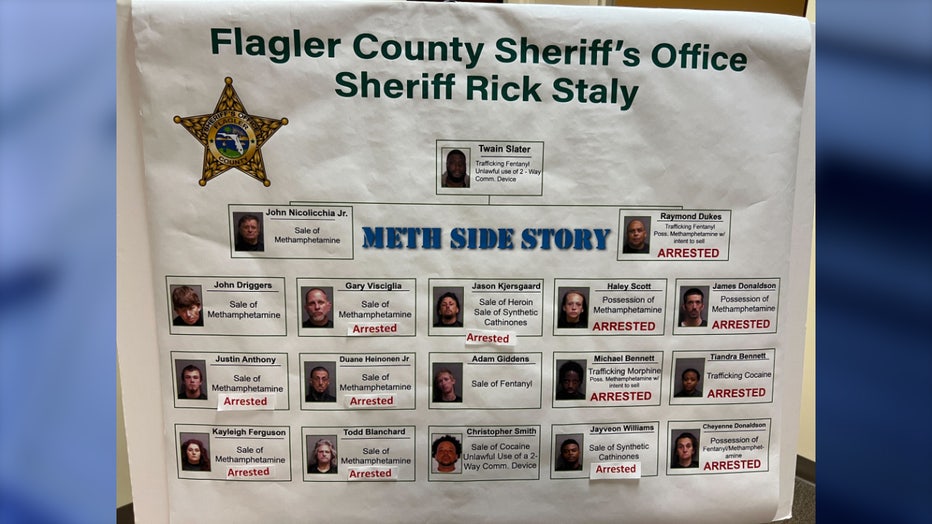 Flagler County deputies have the following suspects in custody: