Authorities Friday will be destroying a massive cache of fireworks in an Ontario neighborhood that was rocked Tuesday by explosions that left two people dead.

Tuesday's blast rained debris down over a wide area in the city of Ontario and prompted the evacuation of dozens of residents.

Authorities Monday were working with residents whose homes were red-tagged to make the homes habitable in assistance with the Red Cross.

Cousins Alex Paez, 38, and Cesar Paez, 20, were reported missing after the explosion. While authorities have yet to confirm if the two missing are the ones reported dead, their family says they were the two people killed. The coroner’s office retrieved two bodies on Wednesday from the backyard of the property where the explosions occurred and is working to identify the bodies. 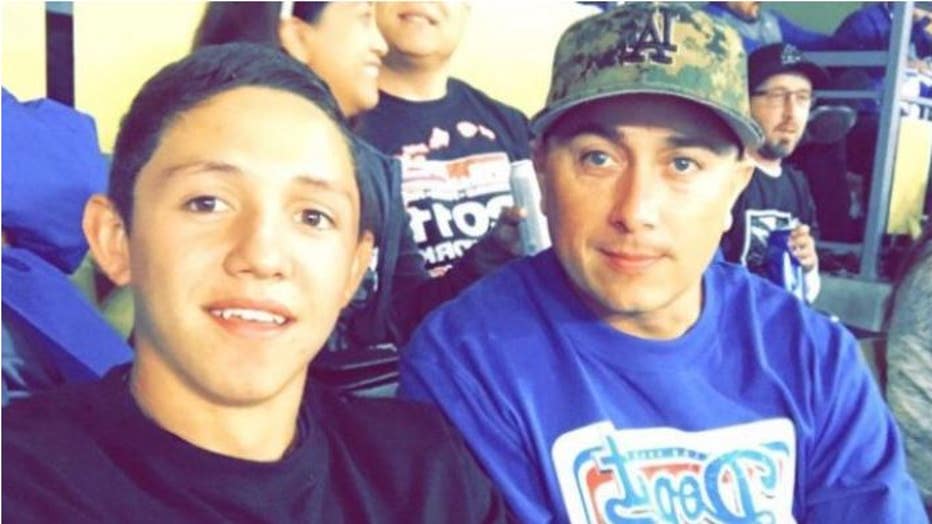 Officials on Thursday said experts have burned about 80 bins — each holding about 27 gallons — full of fireworks to safely destroy them. Another 80 bins were burned Friday.

A cell phone video captures the moment the fireworks went off in an Ontario neighborhood.

Authorities, including the FBI, ATF and California State Fire Marshal, are investigating where the huge stash of fireworks came from. Officials said the fireworks do not appear to be commercial-grade products, as they initially thought. Investigators are trying to track bar codes on the fireworks.

Authorities said they were not be able to start their investigation until fire crews finish clearing the area. Officials added that when fireworks get wet and dry out they become unstable, so every piece of explosive has to be retrieved.

Meanwhile, an evacuation order was initiated last week for about 80 residents in the 300 and 400 block W. Francis and the 400 W. Maple Street between Fern and San Antonio Ave., the Ontario Fire Dept. reported. The residents were allowed back into their homes Monday. 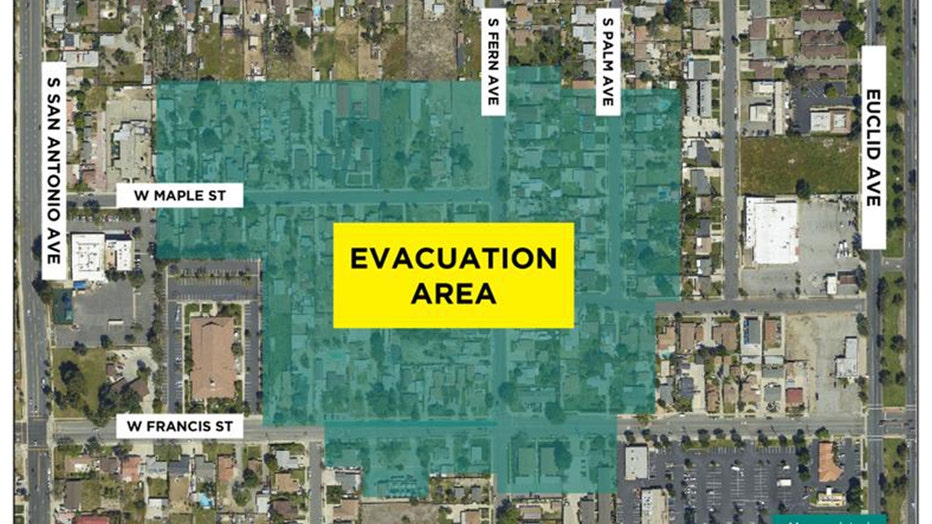 Police said they have received previous reports of firework use in the neighborhood, despite the fact that fireworks are illegal in the city of Ontario.

The explosion was first reported by the city of Ontario on Twitter at 12:45 p.m. City officials said they were aware of reports of an explosion and it was being investigated by the city's police and fire departments.

Officials launched an investigation in Ontario after an explosion was reported on Tuesday afternoon.

The city later issued a tweet stating that a large number of fireworks ignited at a home, located near the intersection of West Francis Street and South San Antonio Avenue. The explosion caused a large structure fire.

Several people reported having minor injuries in the explosion.

"There [were] some people near the house or in the house when the explosion happened, they were able to get out of the house, there was a minor injury, but we’re not sure if that minor injury came from the explosion," said Ontario Fire Chief Ray Gayk.

Aerials from the scene showed that the residence appeared to be a horse property. SkyFOX was overhead as crews rescued a white horse that was trapped between a fence and a tree from the wreckage. Fire officials later said that two horses and one dog were rescued from the blaze.

Fire crews Tuesday rescued a horse from the blaze of an explosion that rocked a neighborhood in Ontario.

FOX 11's Stu Mundel reported up to six homes were damaged in the fire and a resident blocks away said their windows were blown out.

Following the explosion that rocked the San Bernardino County neighborhood, witnesses in the area said they heard "two loud bangs" before they saw a plume of smoke. 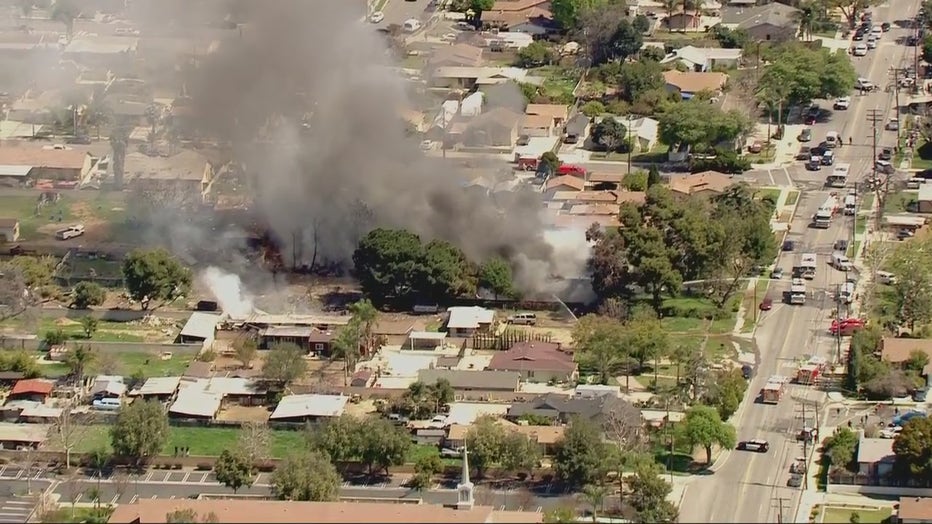 Another Ontario resident told Mundel it "felt like an earthquake."

The Ontario Fire Dept. said that Francis, Locust, and Maple Streets were closed between Fern and San Antonio Avenues. The roadways reopened on Monday.