MIAMI - A Florida judge Tuesday denied a request from OnlyFans model Courtney Clenney's lawyer to limit the release of "salacious" and "sexually explicit" evidence to the public.

Clenney, 26, who is charged with murdering her boyfriend, Christian Obumseli, wore orange prison scrubs and a blue surgical mask as she looked on during the brief hearing in Miami-Dade County Court.

Her attorney, Frank Prieto, said that Clenney produced "adult" content on her phone for her OnlyFans page and asked for a protective order limiting the discovery that could be disclosed in the case. 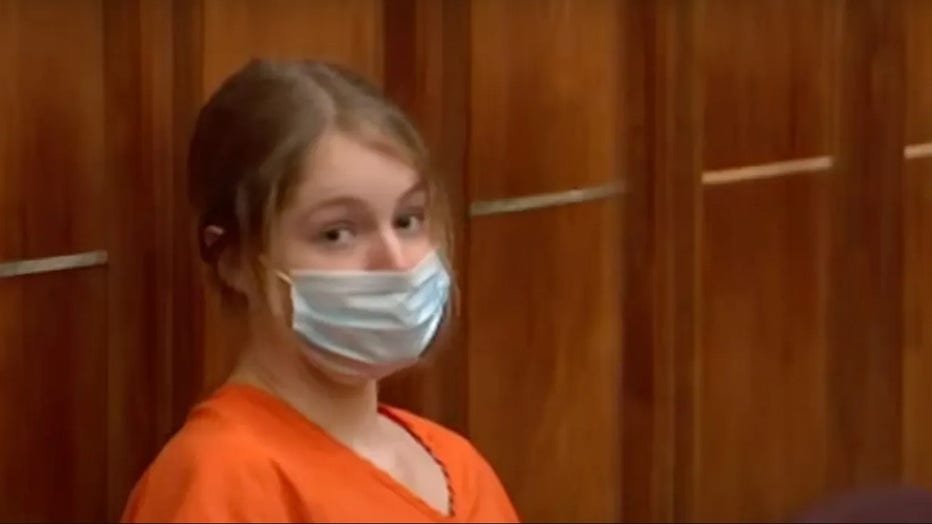 Courtney Clenney in court on Sept. 6, 2022, in Miami-Dade County for an evidentiary hearing. She's been charged with second-degree murder for the stabbing death of her boyfriend, Christian Obumseli. (Screenshot of hearing courtesy FOX News)

"This is going to turn into a circus of media outlets publishing salacious materials, which have nothing to do with guilt or innocence in this case," argued Prieto, who described photos and video on her phone as "sexually explicit" and "pornography."

Disseminating the material, he said, would deprive his client of a fair and impartial jury.

Prosecutors countered that the defense team is trying to "control the narrative" with an overly broad request to seal evidence that hasn't even been processed yet. 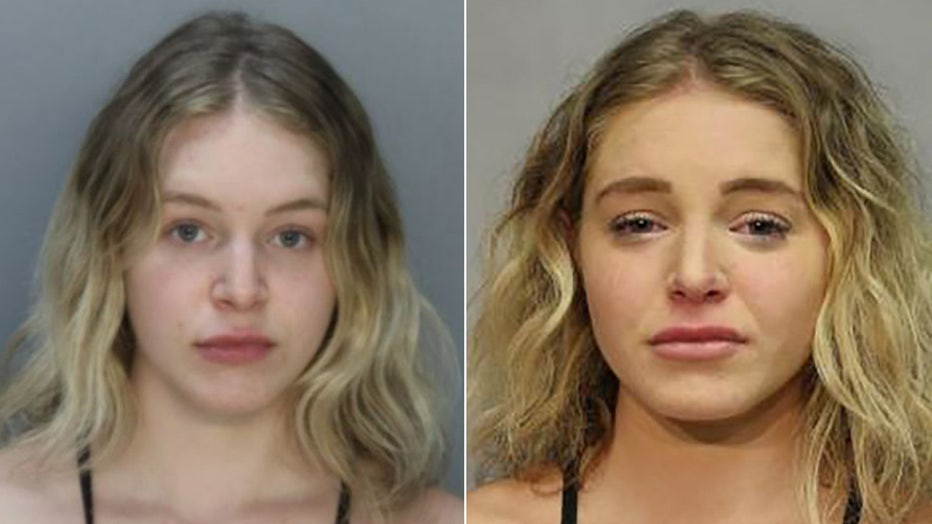 A photo combination showing Courtney Clenney's mugshot from her extradition to Miami following her arrest in Hawaii for the alleged murder of Christian Obumseli. (Miami-Dade Corrections/Hawaii Police Department)

Clenney, who goes by Courtney Tailor online, is slated to go to trial Dec. 19 for the stabbing death of Obumseli, 27, her boyfriend of two years.

The social media star, who boasts 2 million Instagram followers, allegedly thrust a kitchen knife into her beau's heart on April 3 inside their waterfront luxury high-rise apartment. She was on the phone with her mom at the time, authorities said.

The pair's tumultuous two-year romance was marked by violent quarrels, according to prosecutors and police records.

Courtney Clenney, who works as an Only Fans model, was arrested for stabbing her boyfriend to death in their Miami high-rise apartment. Clenney was taken into custody in Hawaii on a charge of second-degree murder, more than four months after her boyfriend Christian Obumseli was killed.

The Miami-Dade State Attorney's Office released surveillance footage from weeks before the slaying showing Clenney pummeling Obumseli in an elevator as he tried to restrain her.

Prosecutors say she was the primary aggressor in their doomed relationship.

She allegedly told police that she acted in self-defense after Obumseli attacked her.

It took authorities more than four months to charge her.

She was arrested Aug. 10 in Hawaii, where she was being treated for PTSD and substance abuse, her lawyer said.

After Clenney's extradition back to Florida, she has been held at the Turner Guilford Knight Correctional Center in Miami without bond.

She has pleaded not guilty to one count of second-degree murder.

Read updates on this story at foxnews.com.

Watch the latest video at foxnews.com