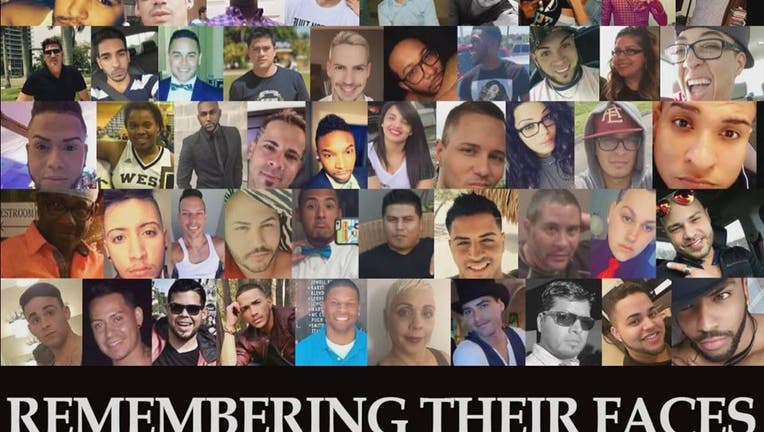 ORLANDO, Fla. - The onePulse Foundation announced its second class of scholarships in honor of the 49 lives lost in the Pulse Nightclub tragedy.

Five family members of the Pulse victims, two Pulse survivors, 10 scholars from the inaugural class, five trade and technical students, 32 undergraduates and 12 graduate students were awarded the $236,300 in scholarship money.

In a news release, one recipient wrote:

"This scholarship means the world to me. As a daughter of immigrants who paved their way to the American dream, being able to tell them that I was awarded this scholarship was mostly their accomplishment," said Valentina Diaz. "I am a global and international studies major and a diversity and social injustice minor. I just signed up for the Peace Corps and I hope to be able to continue my growth wherever they place me."

"I’m honored to receive the onePULSE Foundation Legacy Scholarship and to carry on the legacy and light of the 49 Angels, said Jack Cocchiarella. "I plan to study government at Dartmouth College and pursue a career in politics, and one day plan to hold public office. In everything I do, I will always out love hate."

According to the news release, "More than 150 completed applications were received, and the second class represents incoming freshman majoring in aerospace engineering, business, communications, clinical mental health counseling, international relations, and the performing arts, as well as beauty/cosmetology, nursing, medical, law and master’s students. The 49 recipients come from all over the United States and have a common thread of community service, leadership and advocacy."

The onePULSE Foundation is the official 501(c)(3) nonprofit incorporated to manage the design and construction of the permanent national memorial and museum dedicated to the PULSE tragedy that occurred on June 12, 2016.