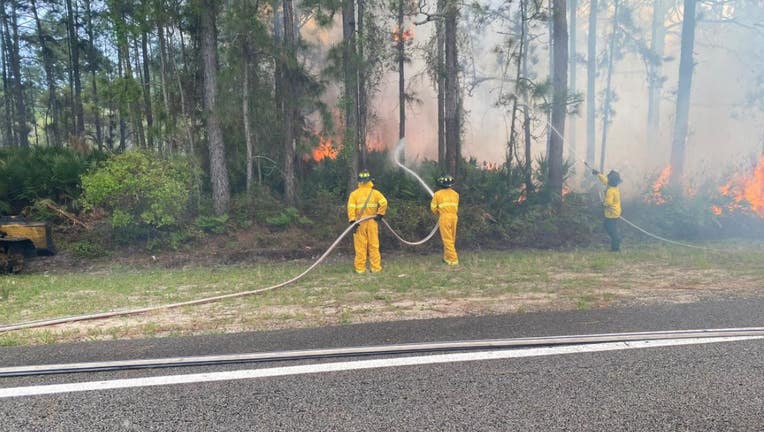 TITUSVILLE, Fla. - Several fire agencies responded to Titusville on Wednesday after a brush fire sparked near State Route 407, closing a portion of the highway for a few hours.

The 3.5-acre brush fire has been fully contained, according to the Florida Forest Service's Orlando District, which oversees Brevard, Orange, Osceola, and Seminole counties.

State 407 was closed for a few hours between Interstate 95 and State Route 405, but has since reopened. Drivers are asked to use caution while driving through the area as smoke may lower visibility on the freeway.

Photos and video shared on social media showed large flames and smoke coming from the nearby brush, as fire crews worked to extinguish the flames.