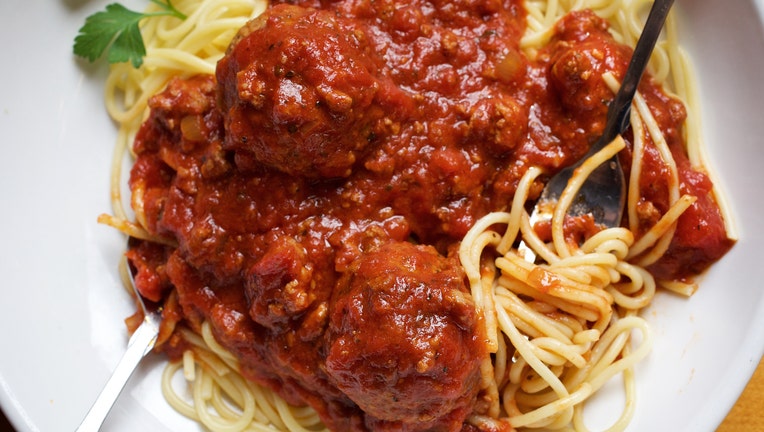 HYATTSVILLE, MD - Create your own pasta--Spaghetti, Traditional Meat Sauce and Meatballs at Olive Garden photographed in Hyattsville, MD. (Photo by Deb Lindsey For The Washington Post via Getty Images).

FOX BUSINESS - Apparently everyone has been eating like family this pandemic.

A recent casual dining report has investigated the restaurant eating habits of Americans during the coronavirus pandemic.

Though the Olive Garden, and other fast-casual dining restaurants, saw an initial drop when most mandatory lockdowns went into effect across the United States in March and April, the summer months have been slowly building customer traffic – with a few major standouts.

Olive Garden and Texas Roadhouse, as well as Applebee’s and Chili’s, have been seeing the most increased traffic, according to marketing agency TopAgency’s casual dining report. On average, “casual dining has seen 58% less traffic since the start of the pandemic,” the results show. However, fast food restaurants have only seen a 30% decrease.

In the research, which analyzed consumer tracking data as an indicator of visits between July 27, 2019 to July 27, 2020, Olive Garden and Texas Roadhouse were allegedly the top restaurants in the most states in the U.S.

However, the “when you’re here, you’re family” chain was not the champion. That title rests squarely with Texas Roadhouse, which was the favorite of 16 states in the Lower 48. Olive Garden was the top in 12 states.