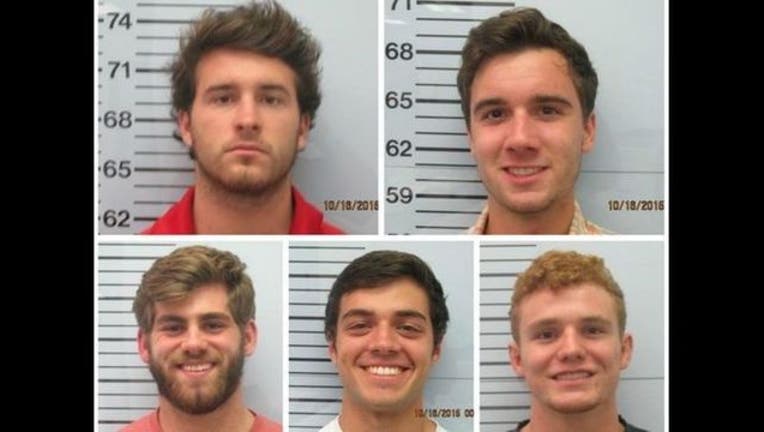 Five fraternity brothers were arrested for an alleged hazing attack at Ole Miss, but it is their mug shots that have people talking.

Tucker Cole Steil, James Declan Basile, Christian Guy, Kyle Hughes, and Austin Rice, all reportedly part of the Pi Kappa Alpha fraternity, were arrested on charges ranging from larceny to hazing to felony assault. But it was the photos taken of them smiling for the camera that has the Internet buzzing.

AL.com reports that the incident happened on October 6 and left Sigma Pi fraternity member Jeremy Boyle with several injuries, including a concussion, broken teeth and a ruptured eardrum.