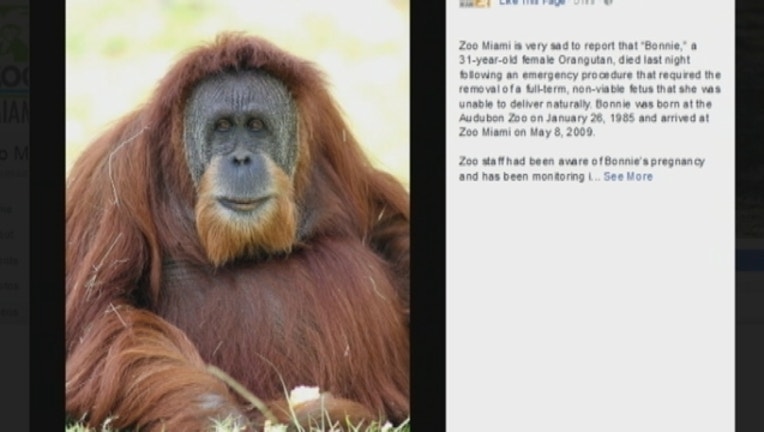 MIAMI (AP) - The oldest orangutan at the Miami zoo has died after an emergency surgical procedure.

Zoo Miami spokesman Ron Magill said in a press release that 31-year-old Bonnie had been pregnant for several months and was scheduled for a full exam on Monday. She started experiencing elevated distress Thursday and needed an emergency surgical procedure to remove a non-viable fetus.

Magill says the surgery was successful but Bonnie was unable to survive the procedure.

Critically-endangered orangutans can top 200 pounds with an arm span close to eight feet and are the largest tree-dwelling mammals in the world.